Real Valladolid vs Elche–Elche are by far the worst team in the whole of the Spanish top flight so far. They are placed bottom-most in the table, and are still searching for their first win of the season. Meanwhile, Valladolid are going after a spot in the top-most tier, and are in much better form.

They are currently on a great streak of performances at home, and note that they lost just twice at this ground this season in all competitions. And one of these defeats even came against former Europa League champions Villarreal.

In fact, they have a combined scorecard of 5-1 in their favor, from their past two home fixtures. And they will definitely be eager to make it three wins in a row at this stadium.

Meanwhile, Elche are placed 20th in a table of 20, and they are the only squad in the whole league yet to register a victory. They also let in the most number of goals of all the teams in the competition, and they scored the least as well.

On top of that they are on the road, and in such match-ups, they have a 100% losing record barring just two draws. Note that they were also able to find the back of the net just five times from their six road trips till now.

In addition, they also have a rather poor h2h record against this rival over the years, and particularly so at this venue, Considering these observations, expect a win for Real Valladolid this Saturday at their home.

The latest encounter ended in a 1-1 draw, Valladolid are unbeaten in the past six years,At this venue, the hosts are unbeaten since 2005,The home team scored two or more goals in four of the previous seven clashes at this stadium.

Valladolid lost just twice at this venue in the past six months, and one of these defeats came against Villarreal. They consistently found the back of the net at this ground in the process, and have built up quite some momentum as well as a result.

On the other hand, Elche are the worst of the lot, and they are an early contender to get relegated at the end of the campaign.The last they won on the road was back in April, and note that they have just two wins to their name since the first week of January, By all means, expect a win for Real Valladolid this weekend.

Real Valladolid vs Elche – To Head 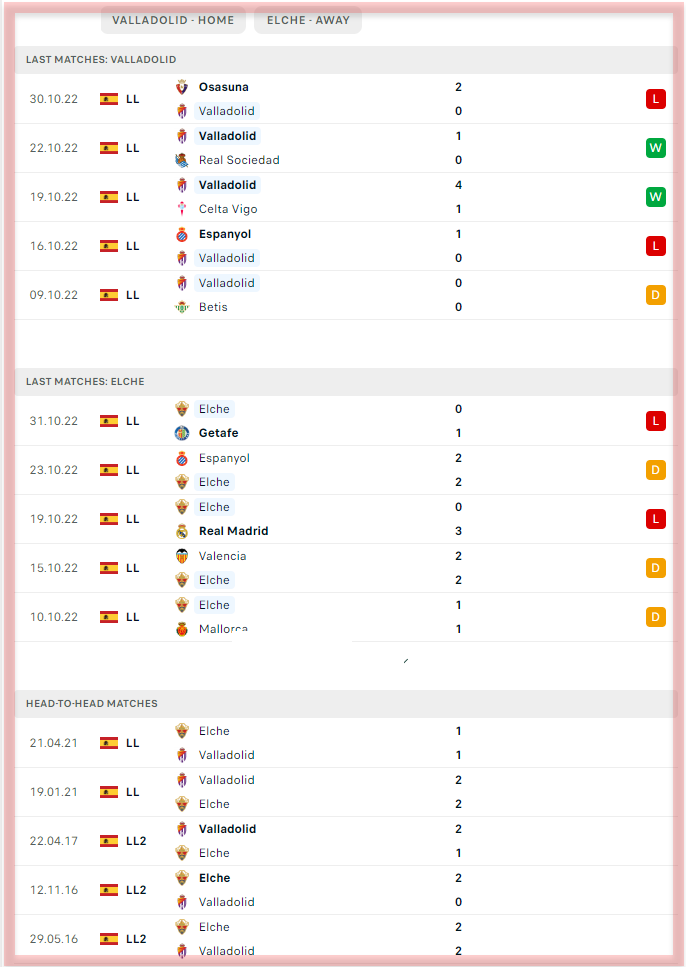