Real Sociedad vs Manchester United – This Thursday, Manchester United must complete a challenging task. To guarantee themselves the top spot in the group, they must win by a score of at least two goals. And that too against the league leaders Real Sociedad, who might maintain their place with a draw or even a loss by only one goal.

The Spaniards got their Europa League campaign off to a wonderful start by defeating the Red Devils at Old Trafford by a lone, unanswered goal.

They subsequently went on an offensive spree and have since won every game in their group stage. They not only have a flawless winning record in the competition, but they also led their group in both goals scored and goals allowed.

They can be even more confident given the fact that they only allowed one goal during this stretch. The team of Erik ten Hag is coming in with the goal of winning by at least two goals.

Before the Europa League group stages are up, the Devils have a lot to work out. They haven’t decided on a solid starting lineup, and top striker Cristiano Ronaldo hasn’t started scoring goals yet this year.

Furthermore, Sociedad are already well-known for being particularly difficult to defeat, and they play at the Reale Arena. The buffer created by the hosts’ victory in the opposite match allows them the absolute freedom to sit back and defend in this situation.

As things stand, anticipate a tough victory for Sociedad as they attempt to take advantage of Manchester United’s desperation.

The most recent game resulted in a 0-1 road victory for Sociedad, and in three of the previous four matches, they recorded clean sheets.

The most recent game played here did result in an 0-4 victory for the visitors. At this venue, Sociedad has not yet scored a goal.

Sociedad’s first two weeks in the Spanish top division have not been brilliant. However, they are really at ease in the Europa. They will actually be eager to regain their confidence after their success in the Europa League.

Manchester United needs a two-goal margin in this game, therefore they will start pressing for goals right away. The visitors will be under a lot of strain and forced to vacate areas at the back, which the hosts will be pleased to occupy.

Take note that on their previous four road trips, the Devils failed to record a shutout. As things stand, Thursday should see a victory for Sociedad. 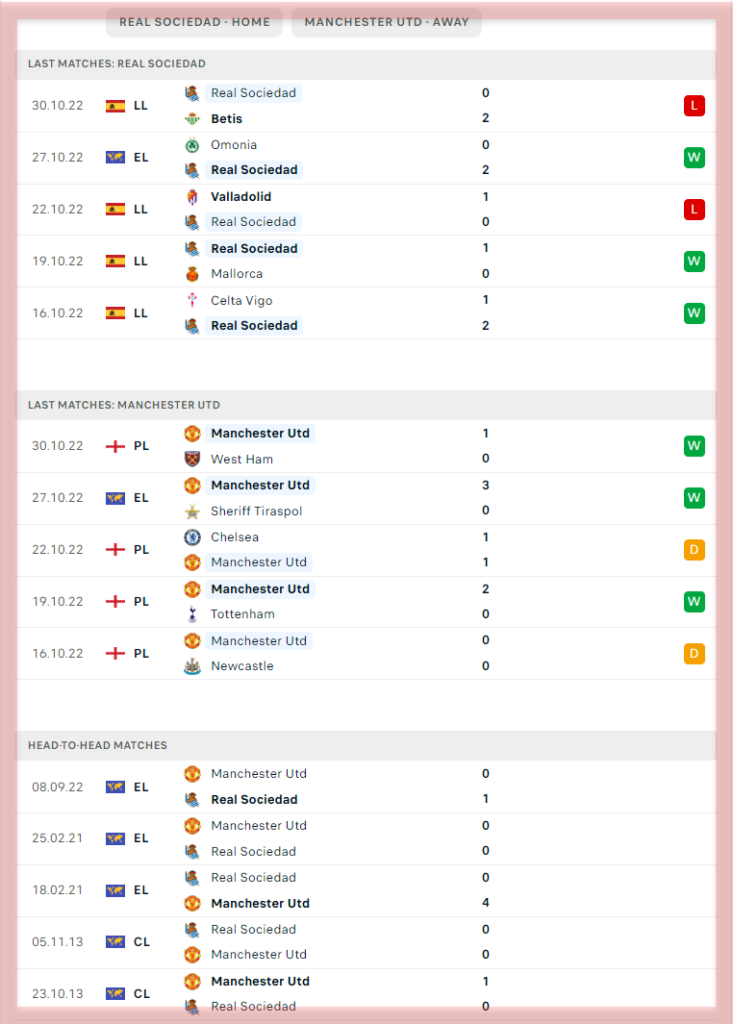