Real Sociedad vs Cadiz –  One La Liga point from nine attainable after Easter has put Real Sociedad’s European chances in risk. However, they have never lost at home against Cádiz (W13, D3), who started Monday ten positions below their opponents.

The ‘Txuri-Urdin’ may also be deposed due to Sociedad’s lower goal difference. As a result, Sociedad need not take any chances here, lest they risk scoring less than 40 LL goals for the first time this century! While the odds are stacked against Cádiz, they began the week with a chance to be safe. Fortunately for long-time fans, they are now just one point shy of their previous LL relegation season (2005/06) 36 points.

And their 3-0 triumph over Elche at the weekend showed their ability to play with style and persistence, especially as all three goals came in the 80th minute.

A 96 percent win-rate for any game in which David Silva scores a first-half goal since the start of 2016/17. (W26, D1). A day later, lvaro Negredo opened the scoring for Cádiz, with two of his three previous LL away goals coming against current top-six opposition. Stat: eight of Sociedad’s last 11 LL home triumphs over Cádiz have been clean sheets or multi-goal victories. 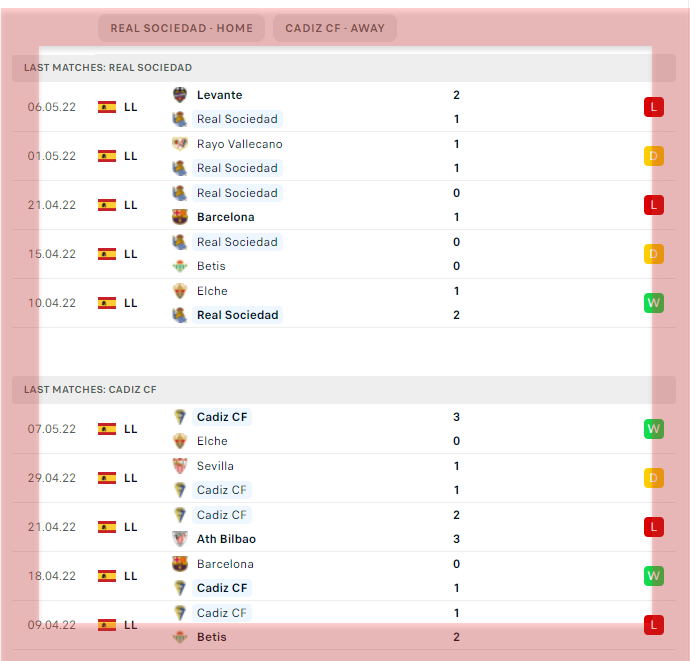