Real Sociedad vs Atlético Madrid -Real Sociedad supporters will be hoping for a repeat of their most recent performance, a 0-1 La Liga triumph over Elche CF.

Real Sociedad had 56% of the possession in that game and 5 of their 9 shots on goal were successful. Brais Méndez (20′) was the lone Real Sociedad player to register a goal.

Elche made 12 attempts at goal, and 5 of those were successful. Real Sociedad have scored goals in each of their previous 6 games, continuing a streak of prolific goal-scoring.

In that time, they have scored a total of 9, while also giving up a total of 7. However, there is no guarantee that this pattern will continue into the match.

With their previous match against Valencia, Atlético Madrid entered this one with a 0-1 La Liga victory. Atlético Madrid had a 30% possession advantage and made 13 shots on goal, seven of which were successful.

Antoine Griezmann was the lone scorer for Atlético Madrid in the 66th second. On the other side, Valencia got 12 shots at goal with 2 on target.

The Atlético Madrid defence has put in a string of solid efforts, with the result that they have allowed 4 goals in their previous 6 games overall. The total number of goals they have personally scored during that time is nine.

Diego Simeone, the manager of Atlético Madrid, has no real qualms about his players’ fitness going into this game because they are all entirely injury-free and eligible for selection.

We have a hunch that Atleti will deploy a 5-3-2 formation, with Jan Oblak, Marcos Llorente, José Giménez, Axel Witsel, Reinildo Mandava, Saul González, , and Joao Félix as the players. 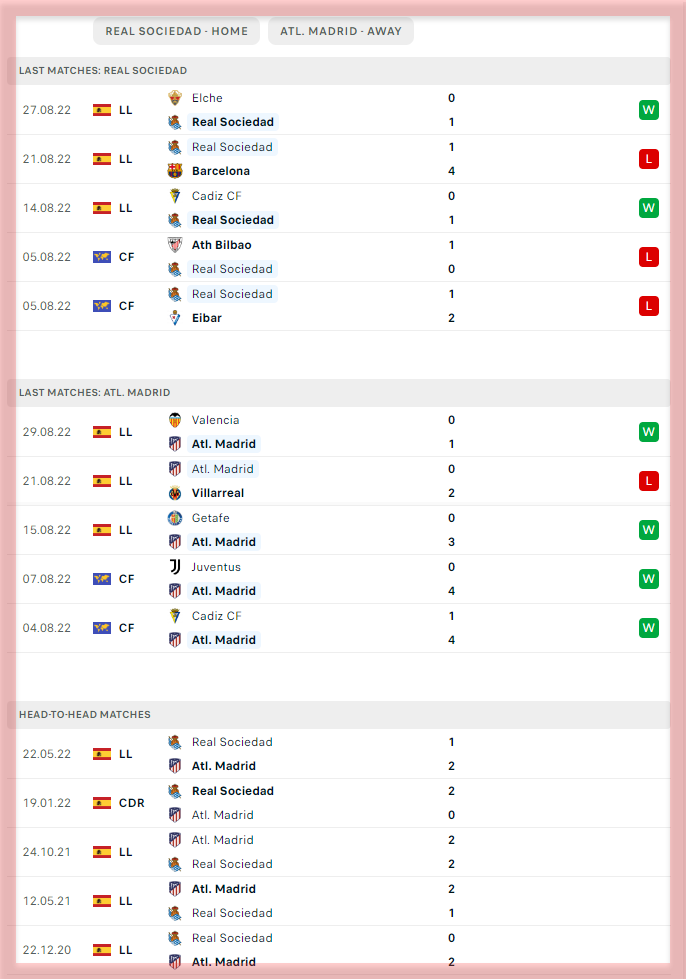