Real Madrid vs Chelsea – When Real Madrid hosts Chelsea for the second leg of their Champions League quarter-final encounter, they have a two-goal lead to defend.

Real won the first leg thanks to a hat-trick from Karim Benzema, who had previously fallen to the same opponents in the semifinals. The first-leg lead is comfortable, but Carlo Ancelotti will remind his players of what transpired against Ajax in the previous season.

Defenders of the title Until Madrid’s third goal, when the Spanish squad resorted to a more defensive form, Chelsea were easily the second best. The squad in blue’s consistency will be scrutinized today, as they trail the Premier League title race by 12 points.

Real Madrid has never beaten Chelsea in the opening leg, having drawn twice and lost three times in the previous five meetings. Chelsea is also returning to the Bernabeu after a 1-1 draw in the opening leg of the semi-final last season.

Los Blancos have an excellent home record versus English Premier League teams. So far, they’ve won nine of the 19 games they’ve played, with seven draws and three losses. Chelsea will be making their 22nd trip to Spain to face a La Liga team, with a mixed record of 6 victories, 9 draws, and 6 losses.

The stage is ideal for Madrid to advance to the semifinals, and when Benzema and Vinicius are totally fit, they rarely disappoint.

Chelsea has the players to cause an upset here, but it remains to be seen if they have recovered from the internal problems that have arisen as a result of the ownership shift.

In terms of betting, we will back Real Madrid to win outright against Chelsea, and we expect a similar conclusion to the first leg. We’ll take Karim Benzema to score whenever he’s on a scoring spree. Despite missing the target against Getafe on the weekend, the French international has scored 10 goals in his last five games for the club. 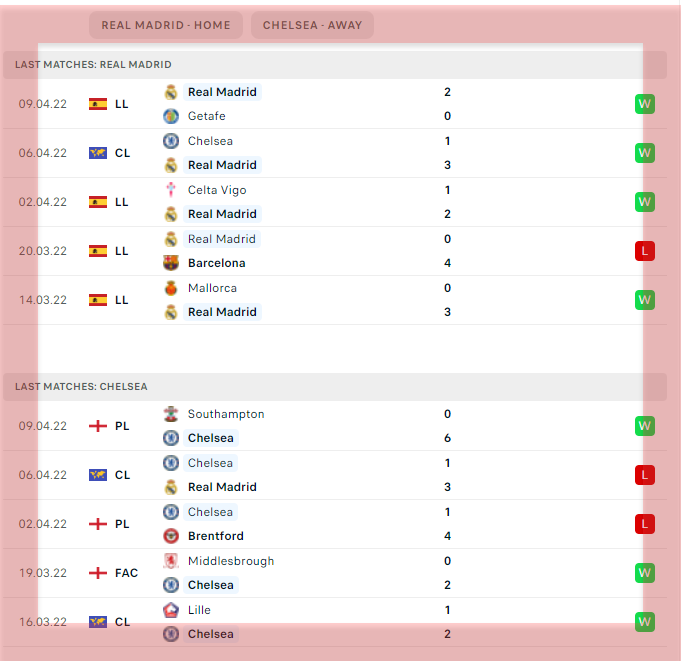