Real Betis vs Sevilla -This season, Betis has been among the top teams in Spain’s premier division, and they are in contention for a podium finish. Sevilla, meanwhile, has been a complete disaster since the beginning of the season.

They now hold the 18th spot out of 20 teams, close in the relegation zone, and have only managed to win twice overall. And these two victories came over Espanyol and Mallorca, two very inferior teams.

Additionally, they have a complete bust offensive this time, which will only make matters worse. Only two teams in the entire league have scored fewer goals than them, and they have only scored 11 goals thus far in the season.

Be aware that two of these three teams—teams 19 and 20—are listed below them in the table. Atletico Madrid, who are now in third position, and fourth-placed Betis are tied on points.

They will attempt to capitalize on Atleti’s previous losses if they can secure a spot on the podium. In addition, Betis has a perfect home record of victories, save for one game played here.

And the only game at home they failed to win was against Atletico Madrid, a past champion. According to recent findings, Real Betis should triumph on Sunday at home.

Since April, Betis has only lost four times in all competitions, and three of those defeats came at the hands of Barcelona, Real Madrid, and Atletico Madrid. Also keep in mind that they defeated Real Sociedad, who were in fine form, 0-2 on the road the last time they played.

On the other side, Sevilla fell to Manchester City 3-1 on the road in their most recent Champions League matchup. And before that, they suffered a 0-1 La Liga defeat at home to Rayo Vallecano.

They only managed three victories in the previous six months, and they are in no way prepared to face one of the Liga’s heavyweights. At the Benito Villamarin on Sunday, Real Betis is predicted to triumph. 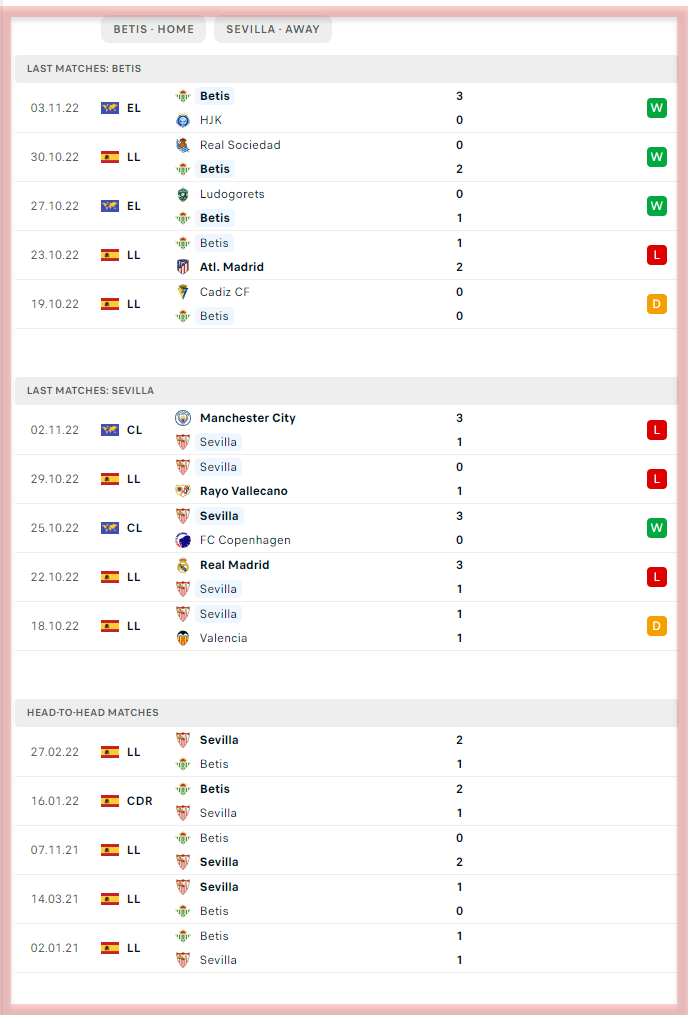