Real Betis vs HJK – On the final day of the Group C campaign in the UEFA Europa League, HJK will play their final match of the season on Thursday evening when they travel to Estadio Benito Villamarin to take on Real Betis.

The new Finnish champions, who will finish the season at the bottom of the standings regardless of what happens on the final Matchday, found the group to be too strong.

In their previous five Europa League games, they only managed to earn one point, thanks to a 1-1 draw against Ludogorets in the third round.

In five games throughout this Europa League season, HJK has only been able to score twice. When they play Real Betis, the group winners, on Thursday, they will be overwhelming underdogs.

Los Beticos defeated Ludogorets 0-1 last week in Bulgaria to clinch first place in the division. Out of five games in Group C, the team managed by Chilean Manuel Pellegrini won four and drew one.

We anticipate Pellegrini to rest his key players in this unimportant match because the hosts are six points clear at the top of the standings.

For the impending huge city derby against Sevilla at the weekend, Pellegrini will want to keep his key players fresh.

Only their second head-to-head meeting will take place between these adversaries.
The first one was easily won by Real Betis, who earned a 0-2 victory away against HJK at the start of the Group C season.

Real Betis will probably play this game with a reserve squad, but we still think that they are the obvious favourites over HJK. The hosts, who won 0-2 at Real Sociedad on Sunday, will be in excellent spirits going into this match.

We’ll also take the home victory to nil choice at 1.83 odds considering HJK only managed to score twice in its previous five Europa League games. Alternatively, you may wager on the Spanish team to triumph 2-0 at 6.50 odds. 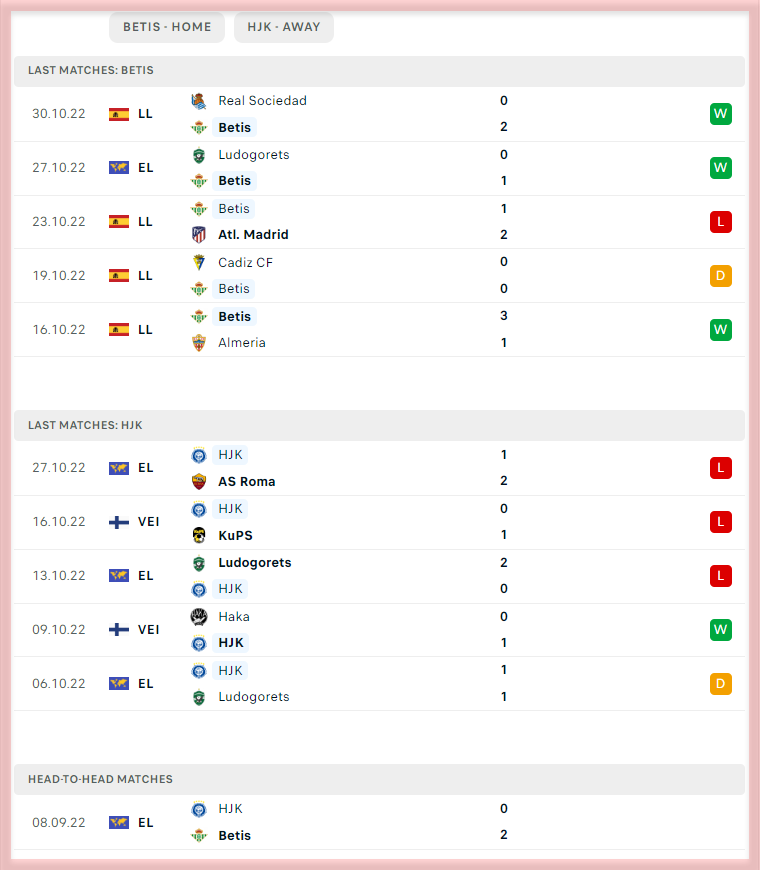