Real Betis vs Granada – This season, Real Betis has been in good form. They were also erratic at times. They are currently in a situation where they are running inconsistently. They are five points behind Villareal in 7th place, which is a Europa League qualification slot.

Real Betis won 0-3 against Valencia in their most recent league match, ending a four-game losing streak. They’ll be trying to parlay that triumph into a win so they can get back on track and keep their CL hopes alive until the conclusion of the season.

Granada, on the other hand, has had a poor season. Their poor performance landed them in the bottom half of the table. They are currently in 16th place, four points and two places above the relegation zone. Granada won 1-0 at home against Athletico Bilbao in their most recent league match, extending their unbeaten streak to four games. The above set of recordings assisted them in securing a position far from the relegation zone.

Real Betis’ recent home performances have been underwhelming. They have lost three of their last six league games. At this point, such a drop cannot be accepted. On the other hand, Granada’s recent road form has been ordinary. They’ve sought to revive their fortunes by winning two of their last four road games after a string of dismal performances ,Such a run of form, on the other hand, will not deter this Betis team, who are looking to secure their place in the table. We believe Real Betis will come out on top in this match. 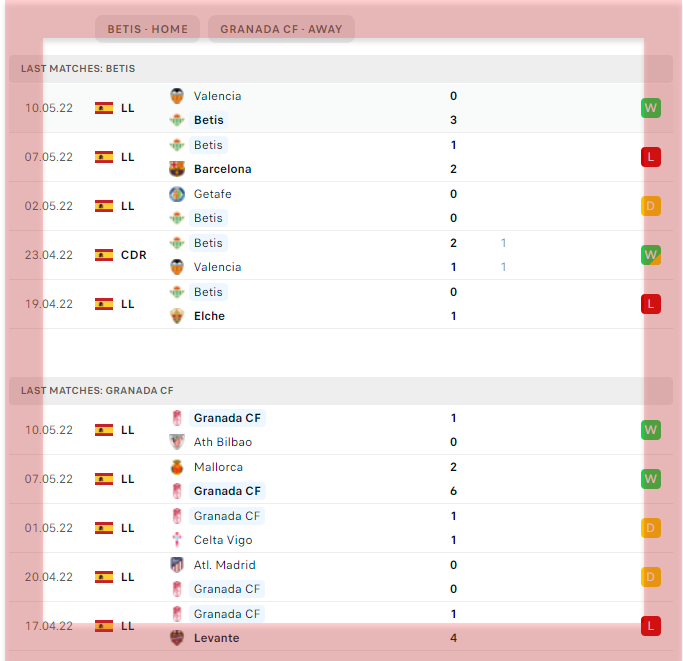