Reading vs Cardiff – Preview and Prediction

Reading vs Cardiff – The Reading Royals’ performance in the Championship last season was below par. Therefore, they finished the season ranked 21st. They almost avoided relegation by a difference of four points, but that was enough to keep them in the league.

On the other hand, Cardiff’s form was erratic and winless throughout the previous season of the Championship. Throughout that season, their reports were overwhelmingly unfavourable.

After all of the games from the previous season were completed, they ended up finishing in the 18th position overall. They anticipate having a more successful season overall.

Cardiff won their most recent match at this stadium by a score of 1-2. Reading is likely to continue their lacklustre play from last season in their next preseason. There was a general lack of success for them. Most of their opponents were more formidable teams like Benfica and West Ham.

Over the course of the previous season, Reading’s home play was erratic. Here in the United States, though, they showed considerable improvement as the season wore on, and they went on to post a number of impressive undefeated records.

They lost their first game, so they’ll be looking to win their next one at home against Blackpool. By contrast, Cardiff took the preseason friendly in a favourable light.

They’d gone up against teams with some strength, and they’d still usually avoided defeat. Consistent with this trend, they got off to a good start against Norwich.

Unfortunately, Cardiff’s away form isn’t great right now. Three of their last six road games in all competitions have ended in losses. Based on the data presented, we must now back Reading to beat Cardiff on Saturday.

Reading vs Cardiff – Head -to- Head 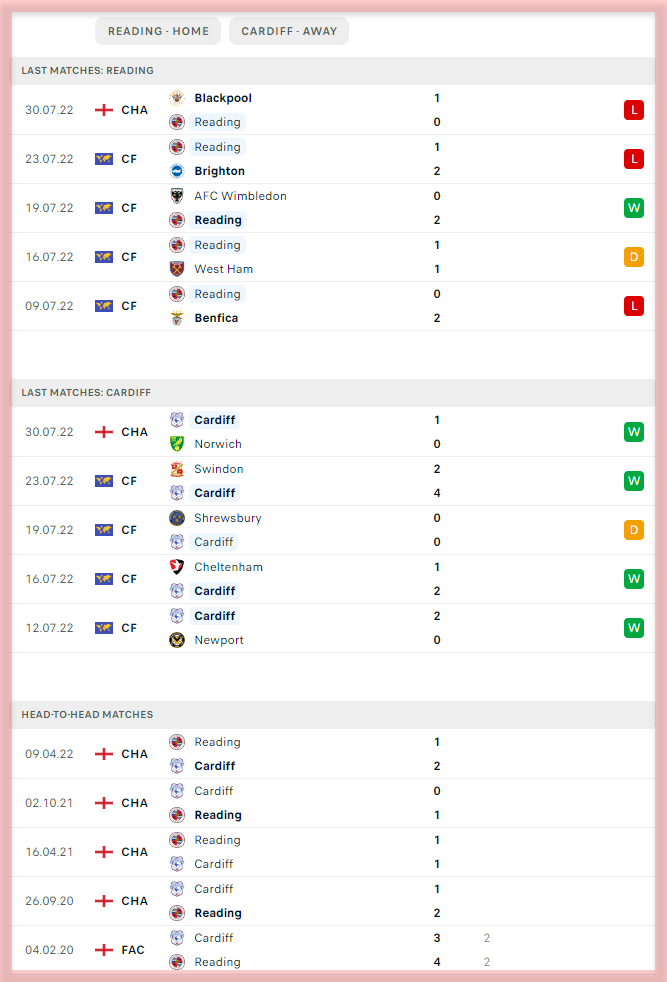