RB Leipzig vs Borussia Dortmund -After losing to Shakhtar Donetsk 1-4 in their previous Champions League match, RB Leipzig will be looking for a better outcome this time around.

In that game, RB Leipzig enjoyed 68% of the possession and 2 of its 13 efforts on goal were successful. Mohamed Simakan was the lone scorer for RB Leipzig (57′).

Recent games involving RB Leipzig have a history of being exciting contests with plenty of goalmouth action predicted.

With an average of 4.33 goals per game throughout their most recent six meetings, both teams have scored a total of 26 goals, with RB Leipzig accounting for 14 of those.

Borussia Dortmund will enter the match fresh off a 3-0 victory against FC Copenhagen in the Champions League. Borussia Dortmund had a 63% possession advantage and 4 of their 15 shots on goal were successful.

The goals were scored by Jude Bellingham (83′), Raphael Guerreiro (42′), and Marco Reus (35′) for Borussia Dortmund. FC Copenhagen made 7 attempts at goal, scoring on two of them.

Four goals have been scored against their defenders during those games. However, we’ll simply have to wait to see if such a pattern holds in this upcoming game.

Julian Brandt, and Anthony Modeste are the players we predict will start the game for Dortmund in a 4-2-3-1 formation. 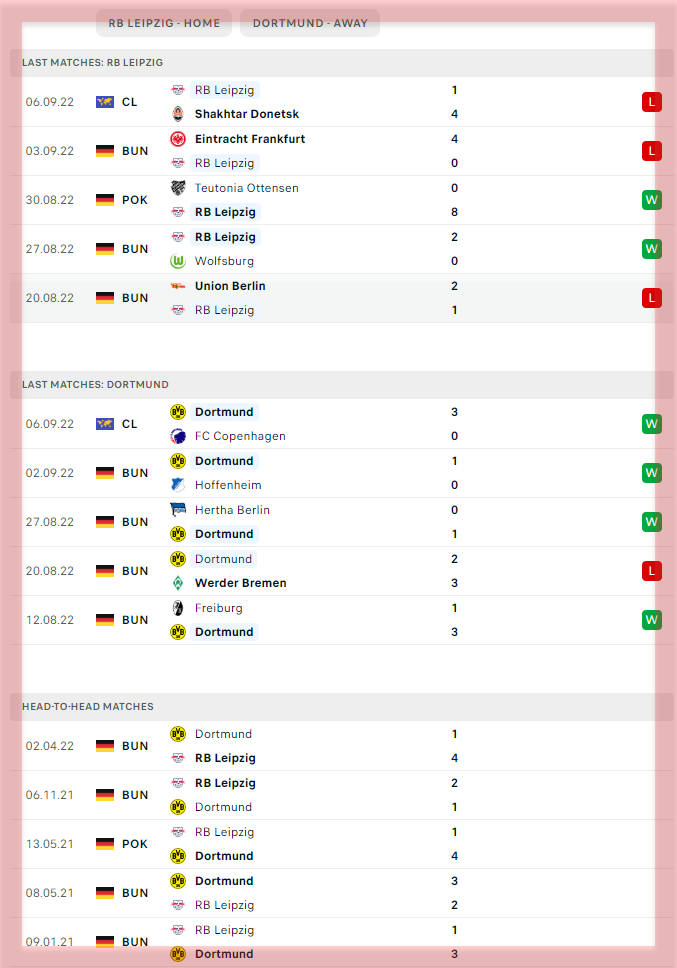