RB Leipzig vs Bayer Leverkusen – After defeating Real Madrid 3-2 in the Champions League, RB Leipzig will be aiming for a repeat of their previous performance. RB Leipzig controlled 43% of the ball throughout that game and made 14 attempts on goal, scoring on six of them.

In their last six games, RB Leipzig have scored in each of them. They have been unstoppable in front of goal. During that time, they have amassed 16 while giving away a total of 8. However, this situation won’t necessarily follow that pattern.

RB Leipzig has won all six of their home league games before to this clash. Bayer Leverkusen and VfL Wolfsburg tied 2-2 in their prior match in Bundesliga 1. In that contest, Bayer Leverkusen had 57% of the possession and 5 of its 13 efforts on goal were successful.

Moussa Diaby (17′), Robert Andrich (28′ Own Goal), and Jeremie Frimpong (76′) scored the goals for Bayer Leverkusen. Wolfsburg, on the other hand, had 9 shots total, only 1 of which found the target. For VfL Wolfsburg, Maximilian Arnold scored at 54 seconds.

Three or more goals have been scored in a total of 5 of Bayer Leverkusen’s last 6 matches. During that time, 3.83 goals were scored on average each game, with 1.17 of the goals coming from Bayer Leverkusen.

For Marco Rose, the manager of RB Leipzig, Péter Gulácsi, Lukas Klostermann, and Konrad Laimer will be sidelined due to injuries to their syndesmotic ligaments.

Xabi Alonso, the manager of Bayer Leverkusen, has no fitness worries going into this match because he has a completely injury-free roster to pick from. It must be expected that Bayer Leverkusen will score a goal against this RB Leipzig team, but it probably won’t be as many as they have in the past. 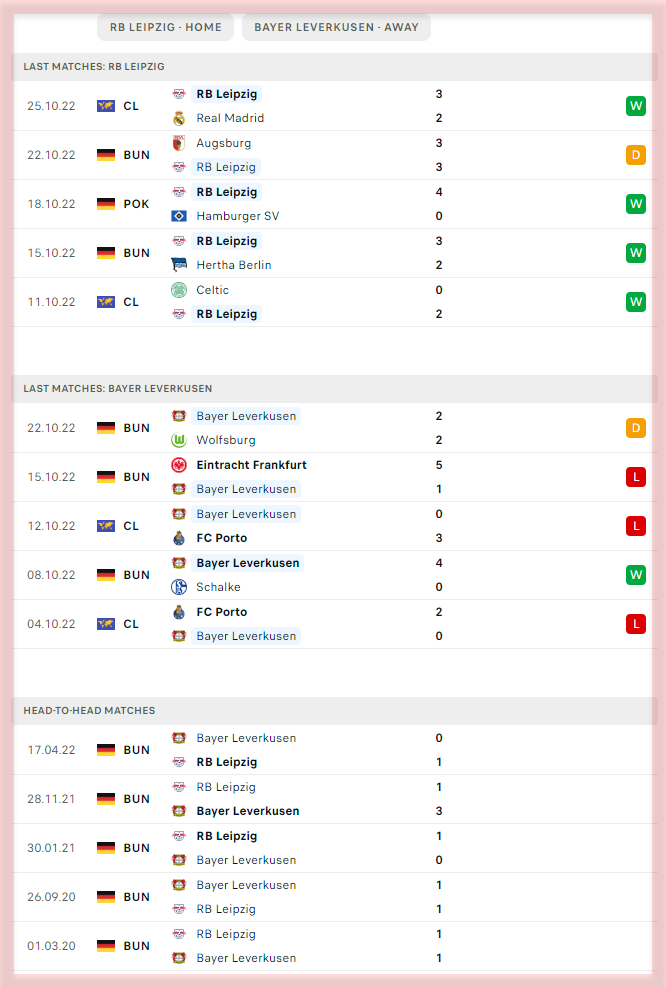