Rayo were one of the season’s most pleasant surprises in the first half, but their form has deteriorated significantly in the final few months.

In the previous nine La Liga games, the side led by Andoni Iraola had only two points. Last weekend, one of these points came in a 1-1 draw against second-placed Sevilla at home.

Iraola can be pleased with his team’s defensive performance, which saw them limit Sevilla to just three shots in the 90 minutes of play at Estadio de Vallecas.

Rayo’s issues, on the other hand, appear to be on the other end of the field, as the team has only scored three goals in its last nine league games.

To make matters worse, the hosts will play Atletico Madrid at a critical juncture, as Diego Simeone’s side will enter the match in high spirits following a resounding victory at Old Trafford.

The visitors have also been impressive in La Liga recently, keeping fourth place in the rankings with a solid run of four consecutive victories in the competition’s previous four games.

Atletico Madrid will be in much better spirits for this match, and we have to like the 2.05 odds offered for the away win bet, knowing that they have also been the dominant force in this matchup’s history.

We’ll also take Atletico Madrid to maintain a clean sheet at 2.37 odds because Rayo Vallecano has been struggling for goals recently. 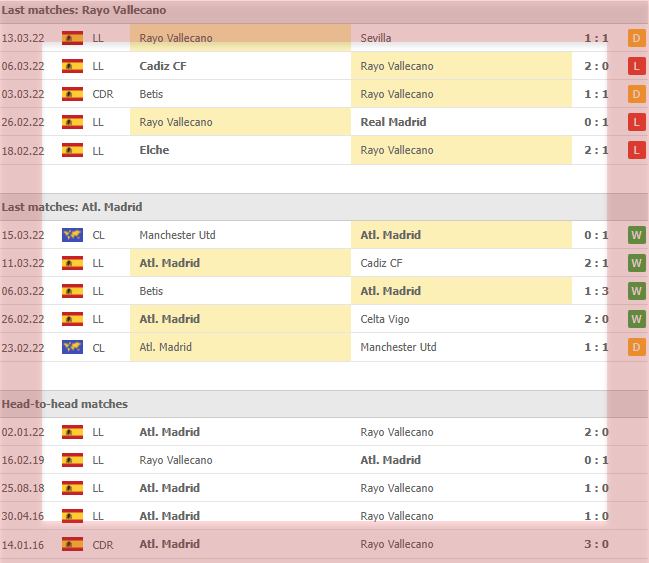