Randers vs Silkeborg – Preview and Prediction

Randers vs Silkeborg – The bottom-placed Randers will go to Cepheus Park in Silkeborg for a Matchday 4 match in the Denmark Superliga Championship Group.

With 37 points after 25 games, Silkeborg sits in fifth place in the rankings. They won nine times in the league, while drawing ten times and losing six times.

The visitors have six points from their previous six league games and need four more to qualify for European competition.

Silkeborg won 3-1 at home against Copenhagen in their most recent match. It was enough, even if they couldn’t equal their opponent’s intensity and quality while in possession. They’ve been outscored in five of their last six games, giving up a total of eight goals.

Randers, on the other hand, is in sixth place on the standings with 36 points. They won ten of the 25 games they played, while drawing six and losing nine others.

They’ve been more dominant at home since the beginning of the season. In their previous five league schedules, the hosts had two wins and two losses.

Randers’ last game in the Danish Superliga was a 1-3 defeat at home against Midtjylland. The eventual result was unsurprising, given that the hosts were far from ideal. They’ve been outscored in five of their last six games, allowing 11 goals in the process.

Despite being one of the league’s best home teams, the Randers are far from perfect. Their defence isn’t as strong as they’d hoped, with only 17% of home clean sheets. They’ve won five of their last twelve games at home.

Meanwhile, in the previous four league meetings, Silkeborg has failed to defeat the hosts when playing them away from home. They have also failed to win in their last two league games away from home.

Both sides appear to be evenly balanced and have their own set of strengths. It’s difficult to pick a side. As a result, we expect an away win or a tie. 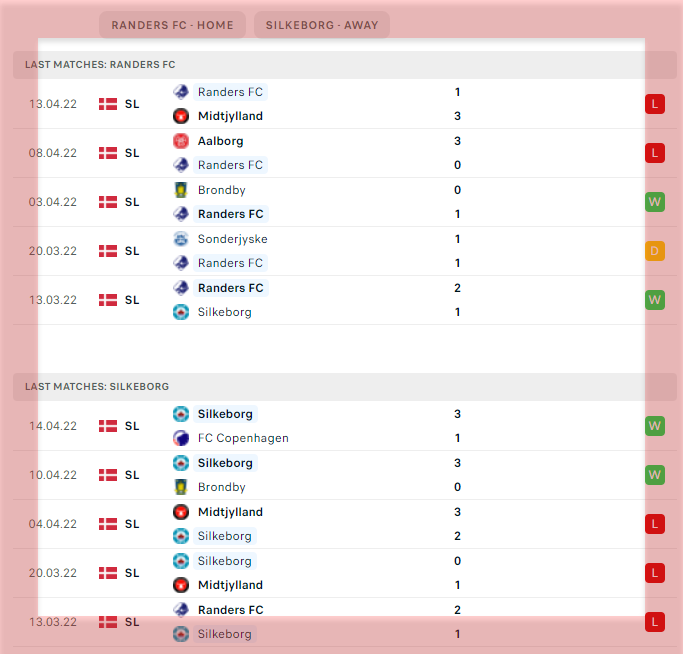