Randers vs FC Copenhagen – This season, Randers has done well enough in their games to earn a spot in the Championship round. In the eight games Randers has already played, they have won four, tied one, and lost three. But lately, it seems like the results are not all the same. At the moment, the team hasn’t won either of its last two games. Randers is in fifth place in the Championship table with 43 points. With two games left, there is still a chance for the team to get promoted this season.

Randers’s last game was against AaB. Both teams scored two goals, so the game ended in a tie with a final score of 2-2.

Silkeborg was the team that FC Copenhagen played in their last game. In the second minute of the game, Copenhagen scored the first goal. They stayed ahead for the rest of the night, and Silkeborg could only score once. The score at the end was 2-1.

The last head-to-head match was won by Randers with a score of 0-1 FT. Randers and Copenhagen have each won three of the last six games between them. Randers’ last home game was against Copenhagen, and they lost.

When they play against Copenhagen in the next match, Randers will have a hard time. In Championship games, Copenhagen has only lost twice, while Randers has lost four times. Copenhagen hasn’t lost in its last three games either.

Randers lost their first two home games in the Championship round, and their last two games were a draw and a win. Four of Copenhagen’s games have been away from home. They’ve won one game, tied two games, and lost one.
From what I can see, it looks like Copenhagen will win the game. Both teams are also likely to score in the game. 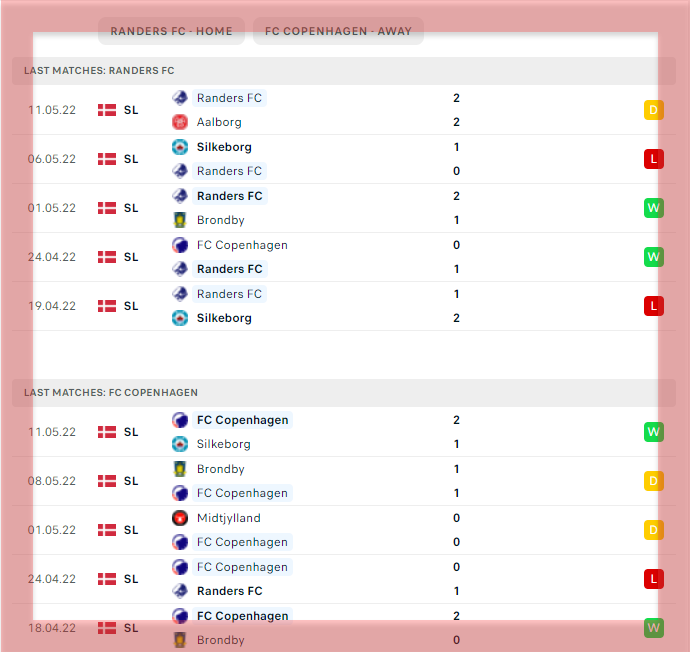