QPR vs Middlesbrough – Preview, and Prediction

QPR vs Middlesbrough -The previous season, QPR’s performance was merely mediocre. They came in at number 11, two spots and three points behind Blackburn.

Their primary cause for being beyond the table’s safe zone was frequent recording of defeats. Middlesbrough, meantime, also played in the previous Championship season with a mediocre form.

Their place on the table was impacted by their average play, as they fell only 5 points short of the safe zone at the end of the year.

In their most recent matchup at this location, which concluded in a 2-2 draw, QPR and Middlesbrough have won four, drawn three, and lost three of their previous ten head-to-head games.  Seven of those meetings have seen both teams to score.

I believe QPR will continue their recent streak of unbeaten friendlies. In any case, compared to the teams Middlesbrough has played, they faced teams with lower competitive strengths. They lost 0-3 to Crystal Palace, a respectable opponent they played in those games.

By suffering the aforementioned loss against Crystal Palace here, QPR continues their terrible home record that they had at the close of the previous season. In the previous five home games, they had recorded four losses.

On the other hand, Middlesbrough recently played some respectable clubs in friendlies against Marseille and Morecambe.

Throughout the preseason games, their offensive and defensive lineups had remarkable performances.

Middlesbrough now has a respectable road record as well. They scored goals at a remarkable rate in their last four road games, winning three of them.

In light of the aforementioned data, we are left to support Middlesbrough as they take on QPR in a Championship matchup on Saturday. 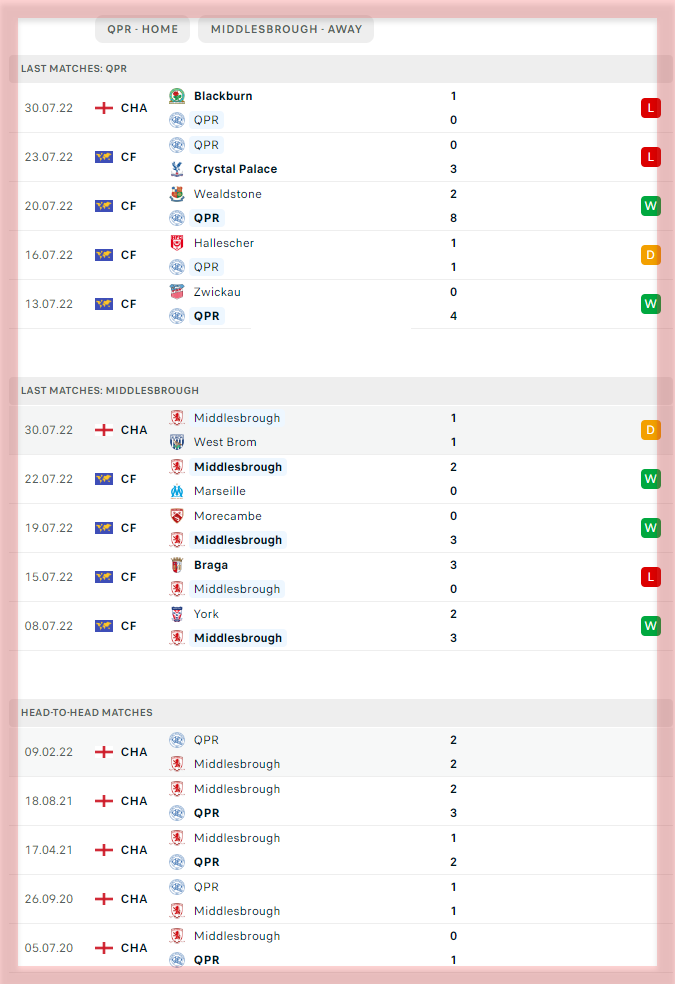