Qarabag vs Freiburg – Preview, and Predictions

After defeating teams like Qarabag in the reverse match, the visiting rivals will be feeling more confident. In that game, Freiburg managed to score two goals while conceding one.

Further, Freiburg made a fantastic start to this Bundesliga campaign. With a few games left, they have a 100% undefeated record this season.

They had amassed enough victories to occupy the top spot in the Bundesliga standings, which also includes teams like Bayern Munich and Borussia Dortmund.

Furthermore, Frieburg now holds the top spot in Group G with a perfect record of 4 victories. They had scored 12 goals in all throughout those four games, which is worth mentioning.

The previous season, Qarabag dominated to win the Azerbaijan Premier League title. Additionally, it appears that they continued where they left off from the previous season. This season, they have a perfect winning record.

However, they are currently in second position, 6 points behind current leader and Freiburg’s opponent for Thursday. The encounter on Thursday will not be simple for them because they have lost their last two games.

They have only ever played once, with Freiburg coming out on top 2-1, and since the beginning of this Europa League season, Freiburg has gone unbeaten.

They have won both of their road games with a clean sheet, so they will be in good spirits going into this match. Their offence, which has scored 7 goals in their last two UEL away games, could contribute at least two goals.

It won’t be simple for Qarabag to defeat an undefeated Freiburg despite being unbeaten at home. We can anticipate them to score at least one goal in this crucial match, despite the fact that they were scoreless in their previous home game. 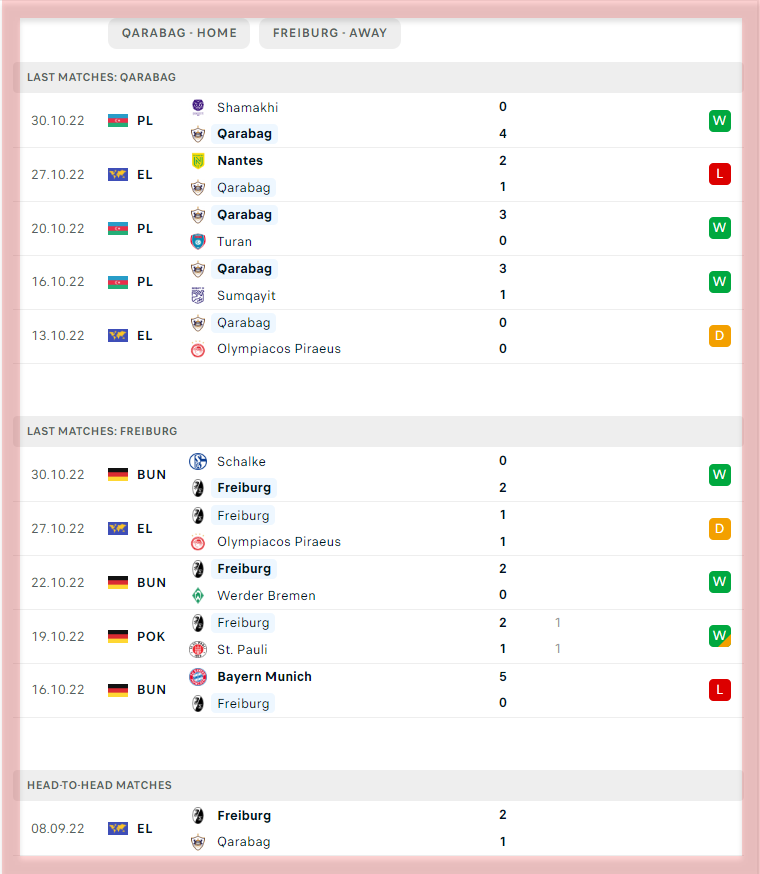