PSV Eindhoven vs FC Emmen -Emmen earned a return to the Eredivisie this season by having the best defensive record in Dutch football’s second division previous year.

On the first day of the 2022–23 top-flight season, the club coached by Dick Lukkien will have one of the two most difficult away games when they go to Eindhoven to face PSV.

PSV is prepared to compete with Ajax for the Eredivisie championship this time around after adding a number of high-profile players to its roster this summer.

After all, Ruud van Nistelrooy’s team has demonstrated seven days prior that they are capable of destroying Ajax when they triumphed 3-5 over the Amsterdam team in the Dutch Super Cup.

On Tuesday night, PSV also played, holding a very capable Monaco team to a 1-1 draw in the first leg of the third qualifying round of the UEFA Champions League at Stade Louis II.

The Eindhoven team will have a fantastic opportunity to build on the season’s extremely promising start with a convincing victory today against the newly promoted team.

Emmen dropped three of their last four friendlies, losing to teams like De Graafschap and Sparta Rotterdam while giving up three goals in each defeat.

Considering what we have seen thus far in preseason, this should be a one-way path for the hosts from the beginning to the conclusion.

At odds of 2.35, you can bet on PSV Eindhoven to win by three goals or more, while the bolder bettors may try betting on the home team to lead by at least two goals at halftime at tempting odds of 3.10. 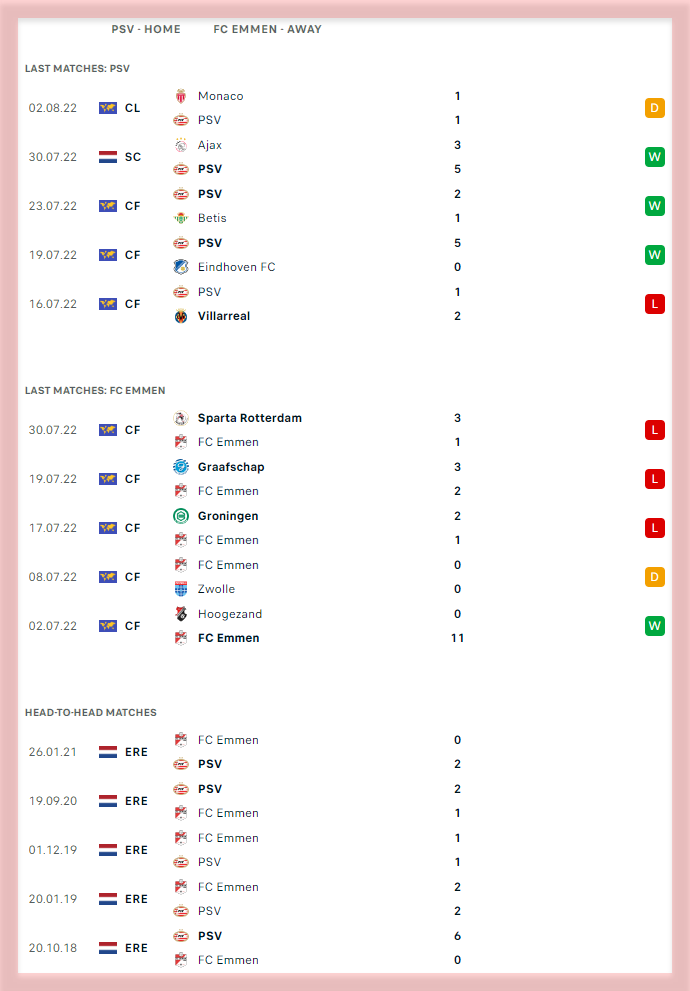