Preston vs Hull – Preview, and Prediction

Preston vs Hull -In the most recent Championship season, Preston’s performance was merely mediocre. They finished in position 13, 11 points outside of the safe zone.

They frequently recorded losses, which is how they wound up outside the safe zone of the table at the end of the season.

Hull, meanwhile, struggled during the previous Championship season. As a result, they were positioned at position 19 in the table.

The only good thing we can say about their records from the previous season is that they were able to avoid the relegation spot.

In the last 10 head-to-head encounters between Preston and Hull, the teams have scored in seven of those encounters, with Preston winning five, drawing two, and losing three. Preston prevailed 2-1 in their most recent meeting at this location.

In their most recent friendlies, Preston played some formidable teams like Leicester, Hearts, and others. In the majority of those, they were able to successfully seal successful outcomes.

Throughout the preseason games, their offensive and defensive lineups had remarkable performances. Preston is currently in good shape at home.

They scored goals at an outstanding pace in their last five home games, winning four of them. Their lone loss in the previous five games took place against Leicester. 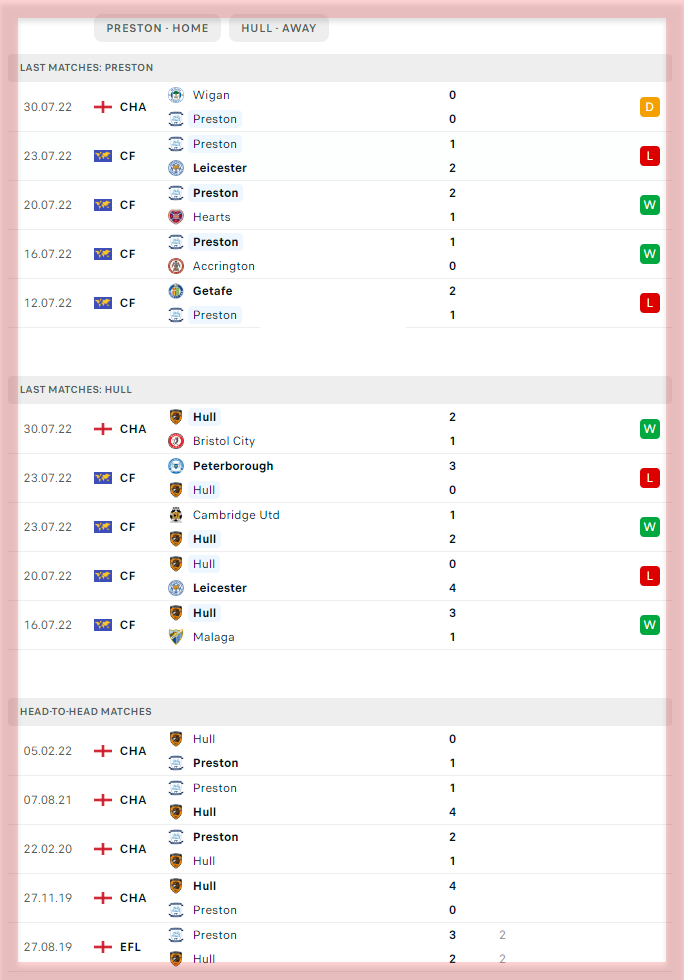