Preston vs Blackburn – Preview and Prediction

Preston vs Blackburn – Blackburn players may not be able to make the playoffs in this last stretch of the season, but they still have a chance.

They will, however, need to figure out how to reclaim their form. They’ve been winless for a long time, and these missed opportunities have cost them dearly.

They still have three games left to win, and they need to find a three-point advantage. They are going to give it their all because they have nothing to lose.

Preston, meanwhile, is in 15th place in the table and has a chance to make the playoffs. However, with three games remaining, they only have a mathematical chance because they are eight points behind the cutoff.

Nonetheless, they will be adamant about achieving their goal. All of these ingredients come together to create the ideal recipe for a goal fest.

Three or more goals have been scored in the last five games at this venue, and both sides have scored goals in five of the last six encounters.

Preston was defeated 3-0 on the road by Fulham on the last day of the season. They had also lost 15 of their previous 21 games overall, and had only won three times at home since the second week of December.

The Rovers, on the other hand, were defeated 0-1 at home by Stoke City in their most recent match. They’ve also gone five games without a win, and they’ve lost eight of their last nine games.

It’s also worth noting that they’ve lost four of their last five away games. Based on these insights and previous h2h scorecards, Monday should be a goal-fest. 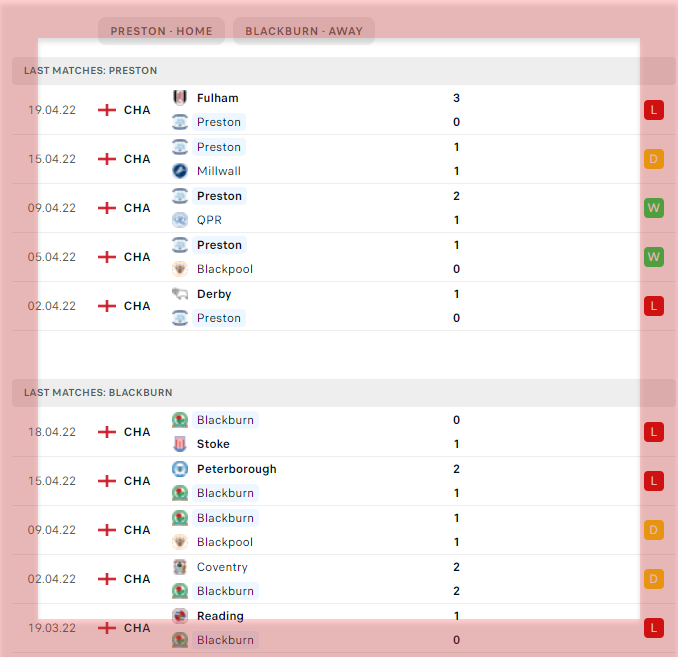