Portugal vs Turkey – preview and prediction

Portugal vs Turkey – Portugal is about to enter a terrible scenario. Their golden generation may have to wait another four years to compete in a world cup, and it is debatable whether they will still be considered ‘golden’ at that point.

Cristiano Ronaldo, the tournament’s talisman, will not be present in 2026, and this Qatar edition was supposed to be his farewell. Will one of football’s best players bow his head at the end of the game? Fans are awaiting confirmation.

In any case, the true struggle is expected to take place in the Final, which will pit Italy against the 2016 European winners.

The Turks, on the other hand, cannot be written off, and the Portuguese made the error of underestimating their opponents in the final game of the First Round, costing them the top spot – and so a direct ticket to the 2022 World Cup.

Expect the entire country to descend to Estadio do Dragao on Thursday, and it will undoubtedly be difficult for the Turks to handle with this level of hatred – all the more so given their precarious position as underdogs.

However, they have a puncher’s chance and will make life difficult for the 2016 European champions. Expect a grueling 90 minutes for both teams, and back the hosts (Portugal) to battle out a hard-fought victory.

Not only are the Portuguese one of the game’s heavyweights, but they also boast the strongest squad depth in international football – possibly second only to France.

They will also be eager to give Ronaldo’s talisman a final opportunity at triumph by assisting him in his journey to Qatar.

Expect a closely contested match tomorrow, but bet on the hosts to earn a close victory. Cristiano Ronaldo and his teammates have lost just twice at home in the last five years, one of those defeats being against current world champions France. 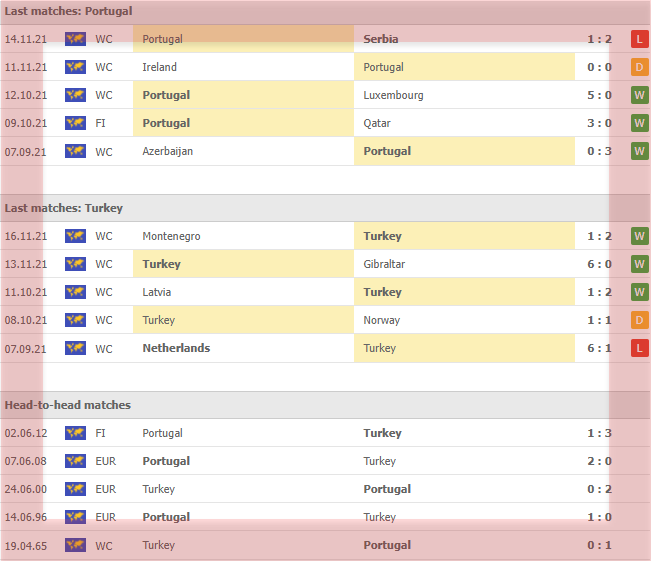