Port Vale vs Swindon – Swindon Town travels to Stoke-on-Trent for the second leg of their League Two play-off semi-final against Port Vale.

With a one-goal advantage, Swindon Town won the first leg match. Harry McKirdy scored the first goal for them in the 26th minute.

Before Port Vale scored their only goal of the game, McKirdy added another goal. Swindon won the match 2-1 at the final whistle.

Port Vale’s recent results indicate that the team is struggling with its form. The club has only won one of its last five games, losing four of them.

They even went through a three-match losing streak. Port Vale is currently in fifth place in the league table, with 78 points.

Swindon Town has recently performed admirably in its contests. The club has won their last five games and will look to continue their winning streak. With 77 points from their matches, the squad is presently sixth in the league table.

Both Port Vale and Swindon want to reach the playoff finals, and they will only be able to do so if they win this match.

Despite the fact that Port Vale is higher in the table than Swindon, Swindon is the favorite due to their previous performances. Swindon has also won their last five matches in a row.

According to the statistics, Swindon will most likely win this match. Swindon expects to finish the game without allowing Port Vale to score any goals. 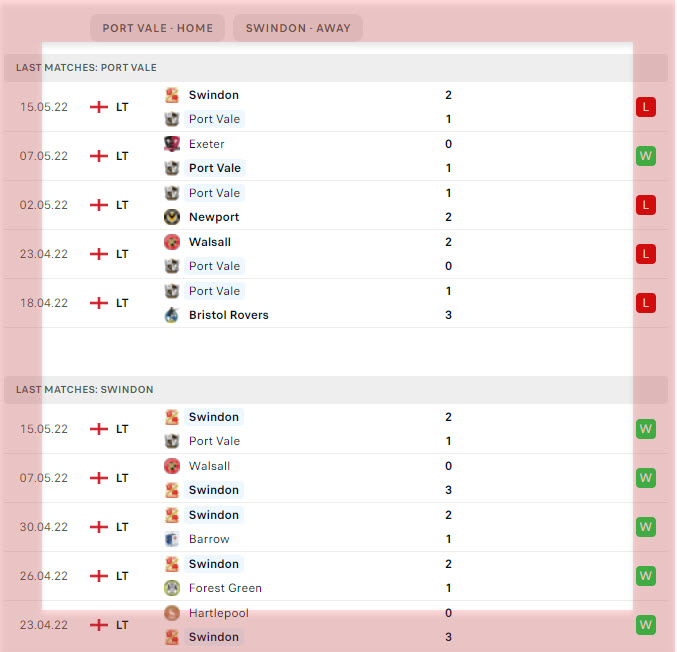