Poland vs Saudi Arabia – Poland is getting ready for this game after a 0-0 World Cup draw with Mexico. Poland possessed 39% of the possession in that game and 6 shots on goal, but none were successful.

Mexico made 11 attempts at goal, but none were successful. Czesaw Michniewicz’s Poland have won their last six games by scoring a total of five times, for an average of 0.83 goals per game.

Saudi Arabia will enter the encounter having just defeated Argentina 1-2 in their previous World Cup play. Saudi Arabia had 31% of the ball during that game and attempted 3 goals, scoring on two of them.

Saleh Al Shehri (48′) and Salem Al Dawsari (53′) scored the goals for Saudi Arabia.  Argentina attempted 15 goals, only one of which was successful. Argentina’s goal came from Lionel Messi (10′).

The Saudi Arabian defense has put on a string of solid performances, lowering their overall ‘goals against’ total to 4 from their previous 6 games. Their forwards have netted 5 goals within the same period.

When Poland plays Saudi Arabia, we believe they will almost surely struggle to score goals and will be able to score at least once. When all is said and done, we predict Poland to win by a respectable score of 2-0.

If you look at the odds for the game on the full-time result market, backing Poland is best priced at 1.75, a wager on the score remaining tied is 3.7, and betting on Saudi Arabia winning is 4.8. They are now the best wagers available. 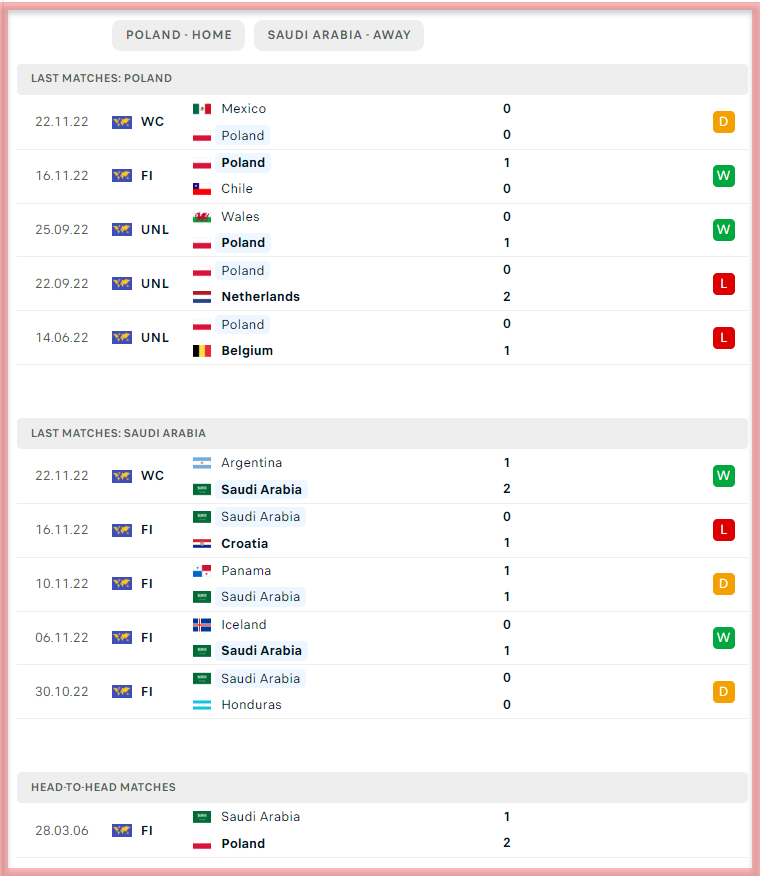