Poland vs Belgium – Preview, and Predictions

Poland vs Belgium -The Belgians did suffer a humiliating setback against the Dutch on the first day of the competition.

But, in the very following game, they managed to make a remarkable comeback, and it was against the same opponent as today.

They were at home, and they thrashed the Poles 6-1, virtually putting an end to any hopes Poland had of reaching the semi-finals.

It was also an opportunity for several key members of the Belgian squad to reclaim their form. They have been dubbed the nation’s golden generation for quite some time now, yet they have yet to win anything on the world stage.

For several of its finest players, the next World Cup feels like their last chance, and it’s critical that they regain their rhythm before the quadrennial spectacle begins in November.

Meanwhile, the Poles continue to rely largely on striker Robert Lewandowski, and even though he has been recognized as the best player in the world for the past few years, there is a limit to what one single player can achieve, unless he is Lionel Messi.

This is precisely what has caused the Poles’ problems. The majority of their offensive assault force is constrained once Lewa is marked. When the two teams meet again today, expect a Belgian victory once more.

The Belgians had completely demolished the Poles with a 6-1 scoreline in the rematch barely a week ago. The world’s second-ranked team is likewise determined to maintain its winning streak, especially with the World Cup just around the corner.

The Poles, on the other hand, have lost both of their recent matches and have conceded a total of eight goals in the process.

Taking these considerations into account, Belgium is likely to win again today. The Belgians are ranked second in the world, only behind Brazil, while their opponents for the day, Poland, are ranked 26th. 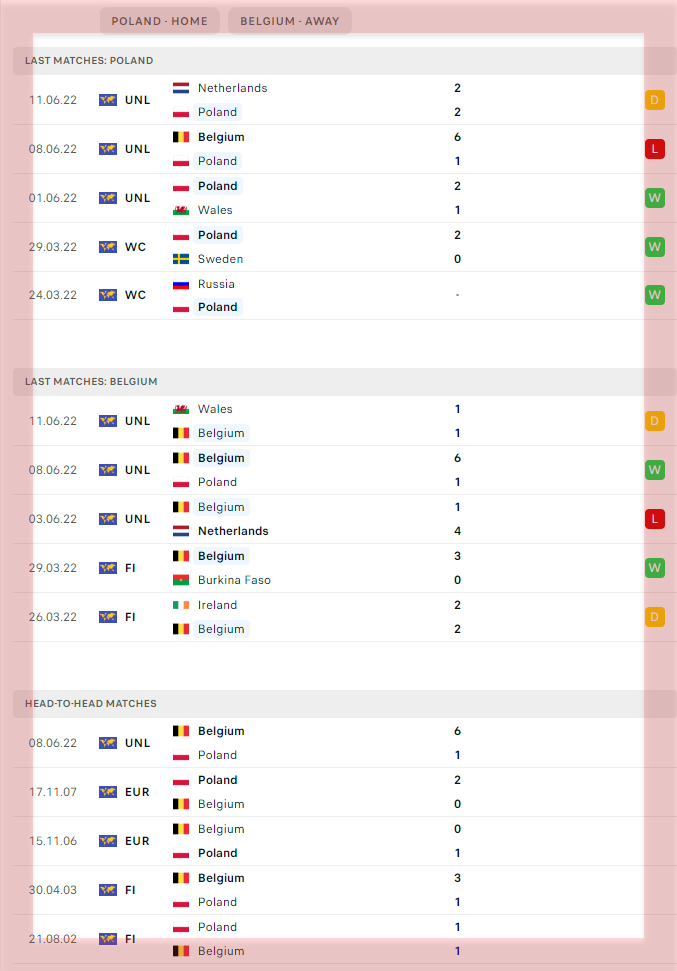