Pogon Szczecin vs KR – It’s been a long time since Pogon have lost a game, and they’ve scored a lot of goals in the process. Even at home, they’ve had a good run of results, despite a few blips.

They have also scored in all but one of their home appearances, a fact that should not be overlooked despite their inconsistent play. KR, on the other hand, have been utterly unpredictable. Most of their previous games were losses, and their defense has been nonexistent in recent weeks.

On top of that, they’ve been struggling to put up strong performances on the road for the past few months. Pogon, the hosts, appears to have the upper hand on Thursday.

This is the first time that these two groups will face off against one another. Pogon Szczecin takes on KR Reykjavik in a European League matchup. Analysis and Prediction

Furthermore, they have only suffered defeats here three times in the last year. During that time, they’d also amassed victory streaks of four and three games, respectively.

KR, on the other hand, had lost four of their previous five games overall and had conceded three or more goals in three of those five games. As if that wasn’t bad enough, they’ve lost two of their last three road games as well. On light of the foregoing, Pogon should cruise to a victory on Thursday night in their own backyard. 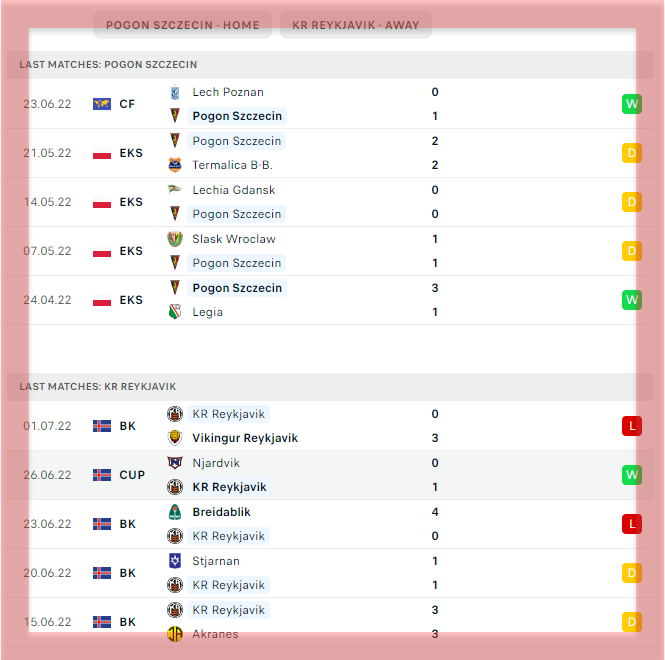