Top scorer Daniel Gazdag gave them the lead with his sixth goal of the 2022 MLS season, and they went on to have an additional man on the field after Dylan Nealis’ red card. Despite this, Phila conceded the equalizer 25 minutes from time, extending their losing skid in all competitions to six games.

The Union, on the other hand, have lost all five of their MLS games this season. Despite this, they share first place in the Eastern Conference with Montreal, with the same number of points. The encounter against Inter Miami provides a wonderful opportunity for the home team to get back on track.

Inter Miami has been one of the poorest clubs in the division after eleven rounds. Phil Neville’s team is only one point ahead of the Chicago Fire, who are in last place in the East. They have only one point from their last three league games when they go to Subaru Park. Inter Miami has struggled on the road this season, losing four and drawing one of their five games.

The Philadelphia Union won their first three matches with Inter Miami, but only managed a single point in their last two head-to-head meetings. The last time the two clubs met was in July of last year, when they played to a 1-1 tie. Four of the previous five head-to-head meetings between the two sides saw both teams score.

This season, Inter Miami has only one point from five road games. In their last two away games, they failed to score against New England and Charlotte. The Philadelphia Union are co-leaders in the Eastern Conference and have the league’s joint second-best defensive record, allowing nine goals in eleven games. At 2.25 odds, we’ll take the home team to win to nil. 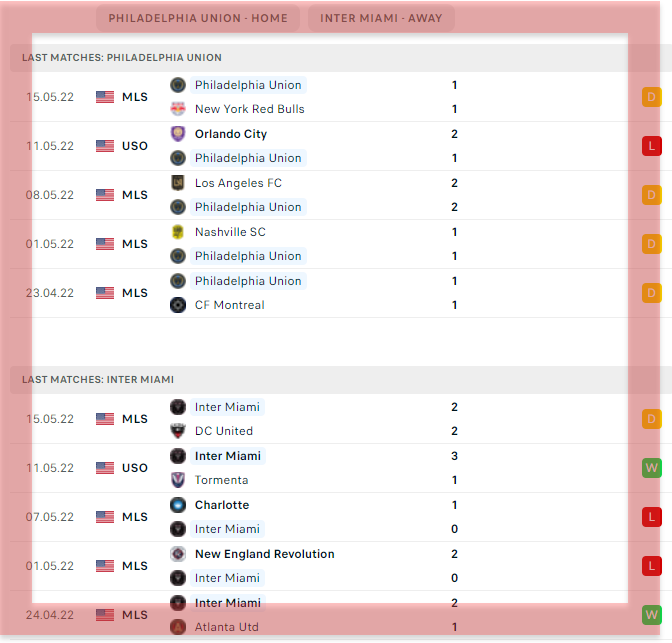