Penarol vs Cerro Porteno – Penarol needs to beat Cerro Porteno on Tuesday at Estadio Campeon del Siglo in their 2022 Copa Libertadores second-to-last group game to advance to the knockout stages. The Uruguayans have been shut out in both of their group games and are currently in bottom position with three points, while a win for El Ciclon might ensure their participation in the knockout stage if the other Group G result goes their way. It’s do or death for Mauricio Larriera and his team, who haven’t advanced to the Libertadores knockout stage since reaching the final in 2011.

Decano has come close to making the Round of 16 on several occasions in recent seasons, finishing one point behind the top two in 2018 and 2020 and missing out in 2019 owing to a poor goal differential. In 2009, they were crowned the best club in South America during the twentieth century. In recent games, though, they have struggled to produce many opportunities. Penarol failed to hit the target in a 1-0 loss to Olimpia on matchday four, and has now gone six games without scoring in all competitions. They have, however, looked smart when playing in front of their home crowd in Montevideo, remaining unbeaten in five straight games in all competitions and recording two clean sheets during that time.

Manyas, like many Uruguayan sides, are tough defensively and do not give much room in the middle of the field, while not being the most exciting. If El Azulgrana win their next two games, they will qualify for the knockout phase for the fourth time in the last five seasons. Francisco Arce, their manager, is no stranger to this competition, having won it twice as a player in 1995 and 1999, and his tactical approach has paid off handsomely for the Paraguayans.

They have only lost once in the group stage of this competition at home in the last nine years, conceding only three goals at Asuncion since 2019. This team, who is now second in their domestic league, had a chance to improve their chances of qualifying for the next round before losing a 2-1 decision to Colon earlier this month in a game in which they only managed to fire one shot on goal. When El Ciclon plays the ball out from the back, they have a calmness about them and are rarely caught on the counter, as their midfielders do a fantastic job of covering the spaces out wide. It should be a great tactical chess match between two teams that know how to defend successfully, though we think the Paraguayans have showed a little more commitment and consistency in front of the ball. 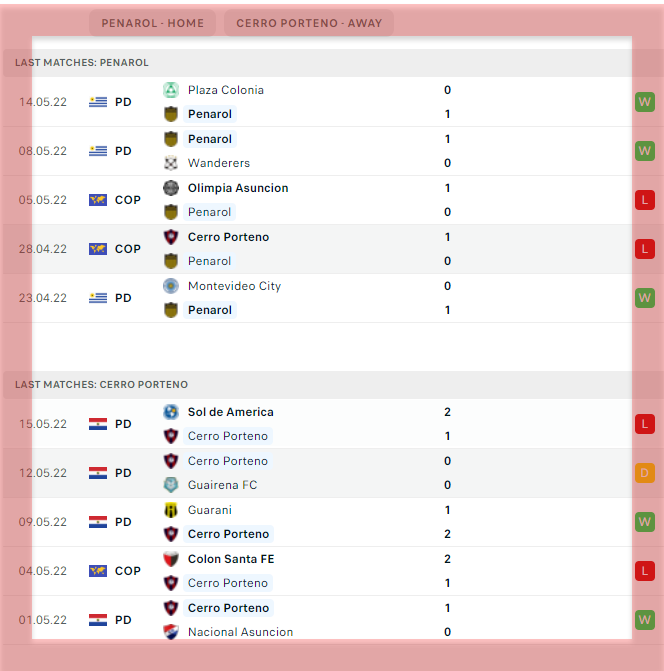