Both of these clubs have conceded a lot of goals recently, but they are also scoring a lot of goals when they do score. The first leg had come to an end, and as expected, goals were flying in from both ends of the field.

Despite both teams putting on a show of attacking prowess, neither side emerged victorious. This is the second leg of a critical Europa Conference League playoffs, therefore we can expect a high level of tension on Thursday night.

Paide won the first leg of the series 3-2 at home. And this was the only time the two squads had ever met before. As a team, Paide had won 11 of its previous 13 games, including two straight-up winning streaks of three games each.

They had also scored two or more goals in four of their previous eight games. They’ve won their last six home games and have a five-game winning streak under their belts. Additionally, they had netted 26 goals in the process.

On the other hand, Dinamo’s last four games had at least five goals, and two of those games saw them score five or more goals. After that, they have won four of their last six road games, as well. 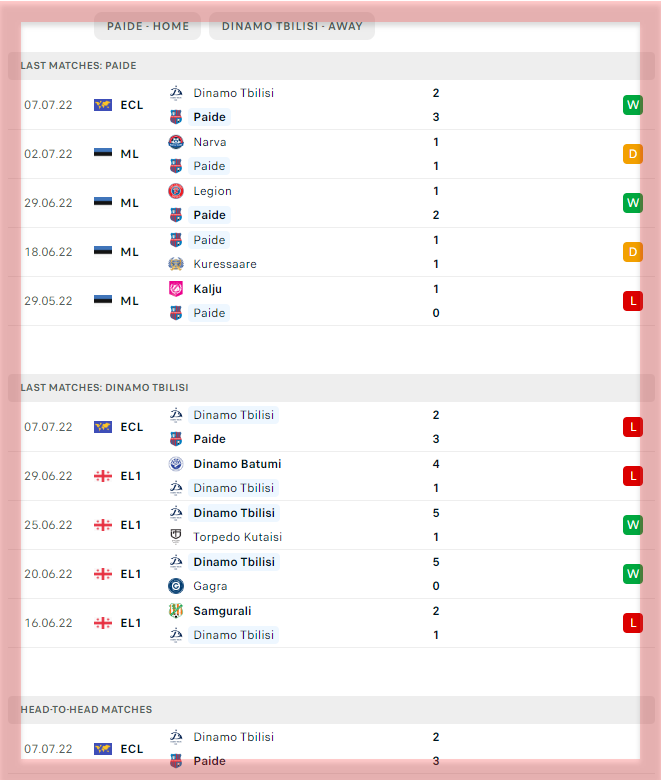