Pacos Ferreira vs Portimonense – In the previous season of the Portuguese league, both Ferreira and Portimonense failed to retain clean sheets, and it appears that they have carried over this concerning defensive form into the current season.

The previous season, Ferreira was forced to settle for an 11th-place league finish, and during this time, they managed to record 9 victories.

They conceded a lot of goals throughout this stretch, and by the end of the season, they had a -15 goal differential. Portimonense, meanwhile, had only managed to produce 10 victories overall, placing them 13th in the table.

As of right now, both of these teams have lost their first games of the new seasons, and their previous performances haven’t exactly been stellar either.

Furthermore, the majority of head-to-head matches over the years have also featured a significant number of goals, and in light of all these facts, it is anticipated that tomorrow’s match will be highly entertaining.

In three of the previous five meetings, both teams scored, while the most recent match ended in a 1-1 draw. Goals from both sides were scored in 6 of the previous 7 matches at this stadium, and 4 of the 7 matchups included three or more goals.

Ferreira had gone on two consecutive two-game losing streaks and were winless in nine of their previous 11 games overall.

Also keep in mind that since August of last year, they have only won 5 games in front of their own fans, and at that time, they even started a 3-match losing skid.

However, Portimonense had lost their last five games overall and had failed to win on 11 of their previous 13 away visits. They had also started a losing streak of four games during this procedure. 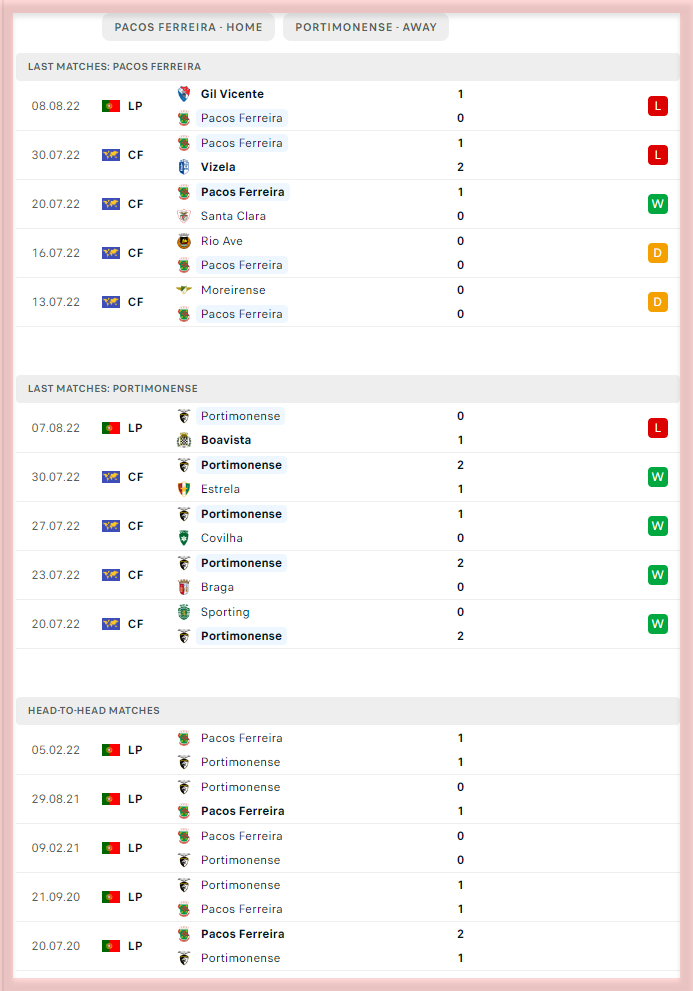