Osasuna vs Real Valladolid – Both Osasuna and Valladolid are under a great deal of strain because they are both vying for a spot in the top half of the league. The teams are making more errors than usual, and as a result, massive amounts of goals have been scored in the majority of their most recent games.

Currently occupying the eighth position in the standings, Osasuna only needs one more point than Bilbao to tie them for sixth place. Although they have dropped four games thus far, it should be noted that three of those losses were against some of the greatest teams in the Spanish top division in Villarreal, Valencia, and Betis.

They have also consistently been among the better La Liga teams at home this season. They actually have a perfect winning record here, with the exception of two games, and only three clubs accumulated more points from home contests. Barcelona, Real Madrid, and Betis are the three.

Valladolid, who is now ranked eleventh in the standings, has lost just once in their last five games. And just the day before that, they defeated the strong Sociedad by a score of 1-0.

Goals were also plentiful whenever these two clubs squared off in the past, and all of these facts lead me to conclude that we are going to witness a high-scoring contest.

With the exception of two games, Osasuna has a perfect home record of victories, and they have only failed to score at this venue once so far this new season. After their outstanding performances at home, it goes without saying that they are full of confidence and will attack this weekend.

On the other side, Valladolid is coming off of two straight victories over the likes of Sociedad and Celta Vigo, and they did so while scoring five goals.

Even though they have not had excellent outcomes when playing away from home, they have scored a tonne of goals. Expect a high-scoring game between the two teams this weekend based on the current situation. 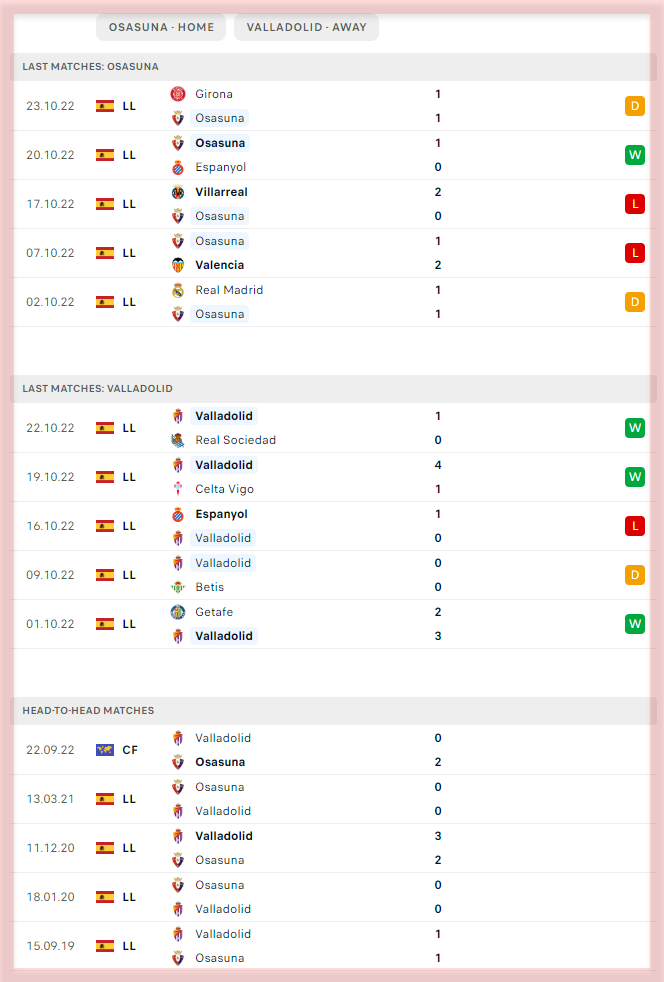