Olympiacos vs Nantes – Preview, and Predictions

Olympiacos vs Nantes – The penultimate match of Group G will pit Nantes against Olympiacos at Georgios Karaiskakis Stadium, thus there will be a lot on the line.

After a lacklustre season, Mchel’s team has already been eliminated from this competition, but Nantes still has everything to play for since they are only one point behind Qarabag in third place.

The team of Antoine Kombouaré won the opening leg by a score of 2-1. Evann Guessand scored the game-winning goal in overtime in that contest.

The visitors recently defeated Qarabag by a score of 2-1 to earn their second victory of the season. With two victories in their previous five games, the squad is sitting in third place in the standings.

It is important to be aware that Antoine Kombouaré’s team has allowed the most goals in Group G this year. At Georgios Karaiskakis Stadium, the home team has lost its last two group stage contests by allowing precisely three goals, which came against Qarabag and Freiburg, respectively.

We can anticipate that manager Mchel will give youth players a chance in this upcoming game as they are already outside of Europe. On the other side, the visitors will use their strongest starting lineup.

Both teams will face off against one another for the second time, and This season, the host has yet to claim a single victory in Group G. The visitors prevailed 2-1 in the opening leg.

Antoine Kombouaré will be concerned with how his team has performed in front of goal during group stage games. Only four goals have been scored by his club thus far. So, we may anticipate a closely contested game.

Our first prediction for this game is that Nantes will win by a score of 2-1. The odds for this prediction are set at 9.00. The host has already been eliminated from the game, and this campaign has seen two wins for the guests.

Additionally, you may wager on the following prediction as Both Teams to Score; the odds for this top are 1.70. Both teams combined to score three goals in the opening leg. Not to mention that the host recently defeated Lamia twice with two goals. 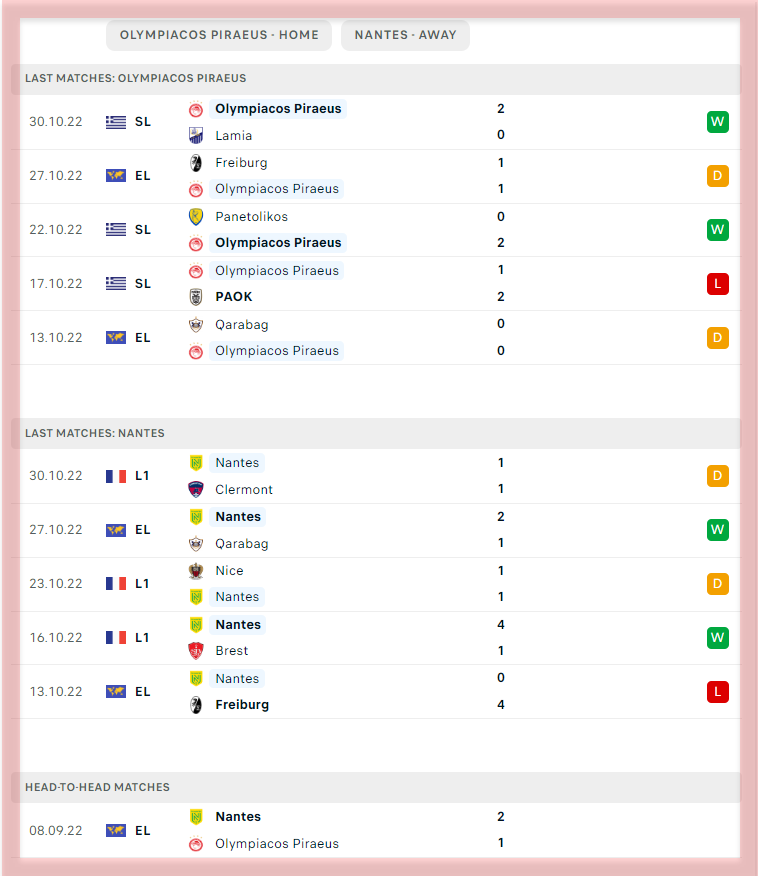