Odense vs SonderjyskE – Preview and Prediction

OB played their last match against Nordsjaelland, in which both teams scored one goal each. The match ended with 1-1 FT score.

SonderjyskE’s form seems to have improved in the most recent matches. However, the team had played poorly in their matches throughout the season, resulting in them having no chance in escaping relegation. The first team out of the relegation zone is seven-points ahead and with only two matches remaining for SonderjyskE, it is impossible for them to achieve this score.

SonderjyskE played their last match against Nordsjaelland. Both teams scored one goal each, ending the match in a draw with 1-1 FT score.

The last h2h ended in a win for OB with 3-0 FT score. Odense has won consecutively in the last two h2h matches. SonderjyskE has not secured a win in the last five h2h matches.

SonderjyskE will have a hard time when they play against Odense in the upcoming match. Odense has not lost in any of their matches in the relegation round while the visitors have lost in two. However, both teams have made their contribution to the scoreboard in most of the matches.

Odense has won consecutively in the last three matches on their home ground and will hope to continue with their streak in the matches. They have also scored over 1.5 goals in the first two home matches as well. Even though SonderjyskE had started with loss in their away matches in this round, they have gradually shown an improvement in their form. At the moment, the team is unbeaten in the last two matches.

I believe OB is the better team of the two and has more chance in securing a win than the visitors. OB has scored most of their goals in the second half of the match and can be expected to score so in this match as well.

Odense vs SonderjyskE – Head To Head 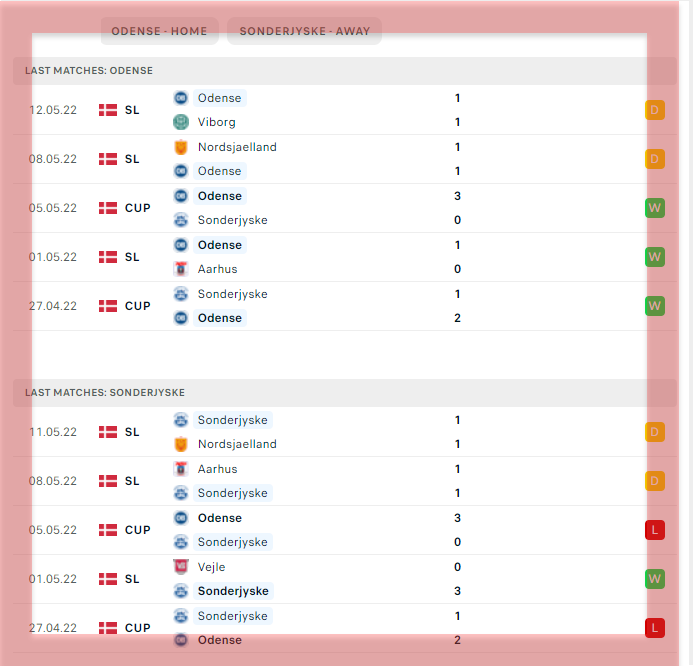