Odd vs Rosenborg – Preview, and Prediction

Odd vs Rosenborg -This season, Rosenberg has been among the most reliable teams in the Norwegian top flight, and they’re motivated to contend for a top-3 finish. Odd, Meanwhile, sometimes loses and often concedes goals.

Odd is currently on a losing streak, and they are one of just a few of clubs to have gone three matchdays without a victory.

Do take into account the fact that they were one of the poorest teams in the tournament at home throughout this season. In fact, with just 3 games excluded, they have a 100% losing record in front of their own fans.

Rosenborg, meanwhile, has two games left to play and just needs three extra points to get up to the club in third position.

Additionally, the club immediately below them will face the table-toppers in this upcoming round, giving them a chance to move up the standings.

As a result of all these considerations, a victory for Rosenborg is anticipated this coming Saturday on the road. They also have a strong history against this foe.

Odd are on a three-game losing streak and have conceded two or more goals in three of their last four games combined.

Additionally, they had lost their last three games and were winless in 10 of their previous 15 games overall. On the other hand, Rosenberg has won 7 straight games and 18 of 20. During this procedure, they won three games.

These statistics suggest that Rosenborg will put on a successful display this weekend. In the most recent game, Rosenberg had prevailed 1-0. 3 of the previous 4 battles had been won by them.

In the previous two years, they have gone undefeated. Five years have passed since the hosts last triumphed here. 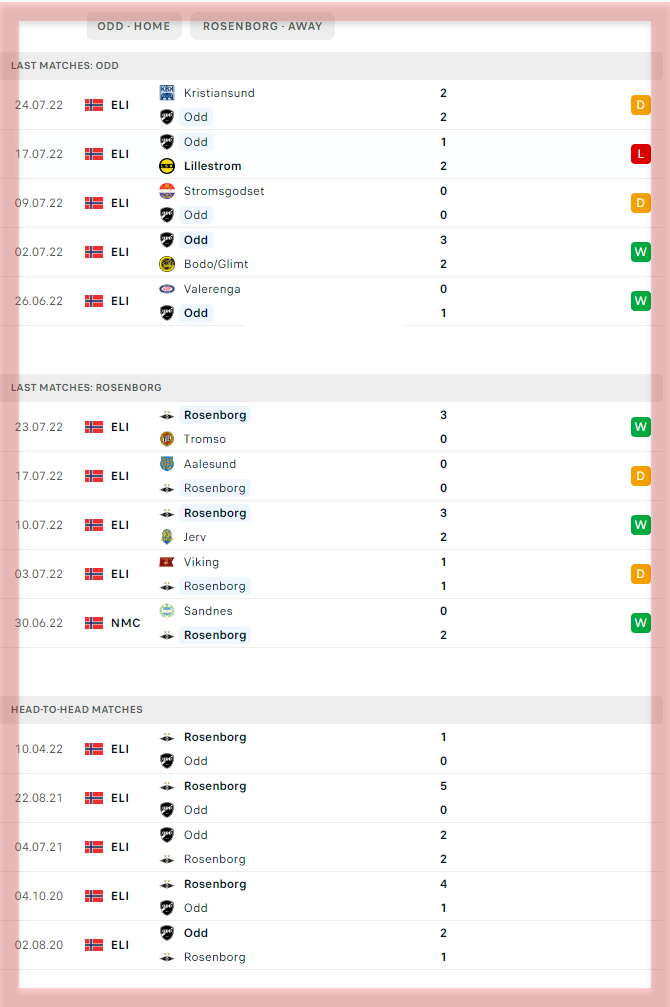