Odd vs Haugesund – Preview, and Prediction

Odd vs Haugesund – Odd has had a poor start to the season. They have won two and lost four of their six league games so far, putting them in 14th place. Their offensive and defensive lineups are both underwhelming, and it’s past time for them to gain some traction and move up the table.

Odd were defeated 3-0 on the road by Molde in their most recent league match. With that loss, they have now lost three consecutive games in the league. They’ll be looking to put an end to it with home advantage and a weak opponent in their next league game.

Haugesund, on the other hand, has had a terrible start to the season. So far this season, they have won one and lost five of their six league games. Their poor start resulted in their current table place. They are currently ranked 15th in the table, just above the relegation zone.

In their previous league match, Haugesund won for the first time this season. The 2-0 victory over Kristiansund at home snapped a five-game league losing streak. They’ll be aiming to make that victory count.

Odd are currently on a four-game winning streak versus Haugesund, and four of the last five head-to-head meetings between these two teams have been high-scoring battles.

Odd won 4-2 in their most recent meeting at this location, and Odd has won both of his games so far this season at home. In their three league games here, they won two and lost one.

However, in each of those three home games, their offensive line has scored two goals. On the other hand, Haugesund has lost all three of their away games this season, conceding goals at an alarming pace.

Such a dismal start on the road is reason enough to support Odd. Based on the preceding statistics, we believe Odd will score a three-pointer in this game when the referee blows the final whistle. 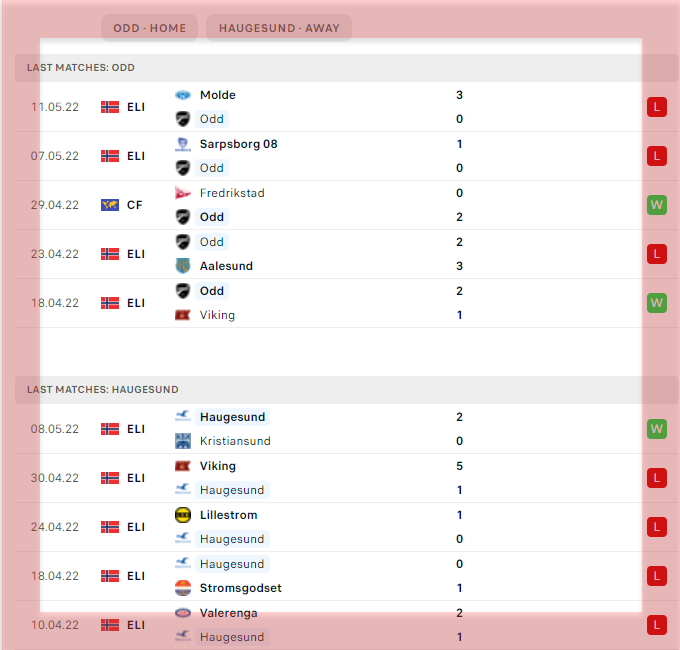