This is a side that thrashed Leicester City 4-1 in the previous round and has everything it takes to trouble the Terriers, who have been the division’s most consistent team in 2022. Huddersfield’s last defeat was in November 2021, and they have gone 18 games without losing in all competitions, implying a tense night at the Nottingham City Ground tomorrow.

This season, the teams met twice in the Championship and split a win. Both teams won to naught away from home, with the Terriers winning by a close 1-0 margin at this venue.

Only one team registered their name on the scorecard in their last four meetings, which all ended with under 2.5 goals.
Huddersfield has won both of their previous visits to this venue. The last time they met in a cup competition was in the 2014 EFL Cup, when Forest won 2-0 at Huddersfield.

Both teams are in excellent form, which means we can expect a tight match at the Nottingham City Ground tomorrow. Because this is a cup tie, both clubs will be extra cautious, thus the under 2.5 goals is a great bet, especially given that only one of their past seven head-to-heads at this venue has seen more than two goals.  Also, in six consecutive h2h games between these two at this venue, a goal has been scored in the first half, thus over 0.5 goals in the first half is a good bet. 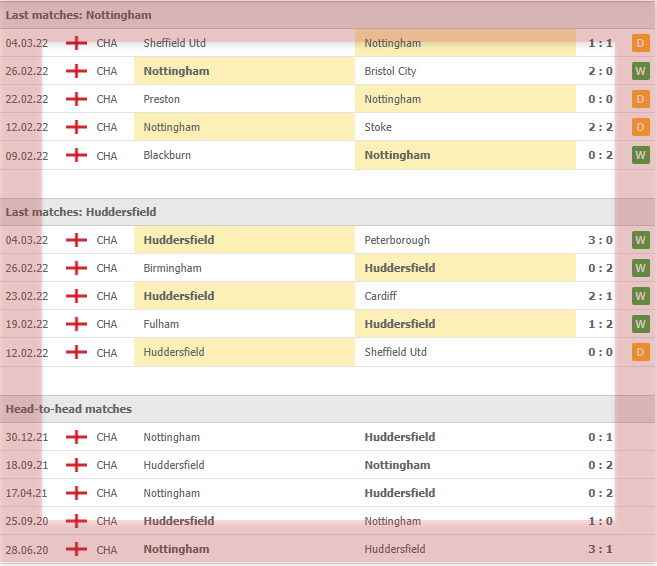