Paddy McNair and Jonny Evans for Northern Ireland both scored in the 71st and 93rd minutes. Cyprus, on the other hand, had 6 shots total, only 2 of which were on goal. Cyprus’ goals came from Andronikos Kakoullis (32′, 51′).

In recent years, Northern Ireland has only sometimes been able to hold out for a full 90 minutes. The truth is that Northern Ireland’s defence has been breached in 5 of their last 6 games, allowing 8 goals in the process.

We’ll just have to wait and see if this trend continues in this game as no two games are ever the same. Kosovo will be trying to turn things around after being defeated in their most recent Nations League match against Greece.

Kosovo had 41% of the game’s possession and 6 shots on goal, but none of them were successful. Greece, on the other hand, made 14 attempts at goal, scoring three of them. Greece scored goals through Giorgos Giakoumakis (71′) and Petros Mantalos (99′).

In their previous six games, Kosovo, led by Alain Giresse, had scored 11 goals in total. They have allowed a total of six goals throughout the same games.

With a completely healthy and prepared squad, Northern Ireland manager Ian Baraclough has a full complement and no fitness worries to speak of before this match.

Alain Giresse, the Kosovo manager, has no fitness concerns whatsoever going into this match because his team is entirely injury-free and prepared. We believe that Kosovo will need to put up a strong performance to overcome this Northern Ireland team, who we predict will win and maybe keep a clean sheet as well. Therefore, we predict that it will be a fiercely contested match, with Northern Ireland prevailing by a score of 1-0. 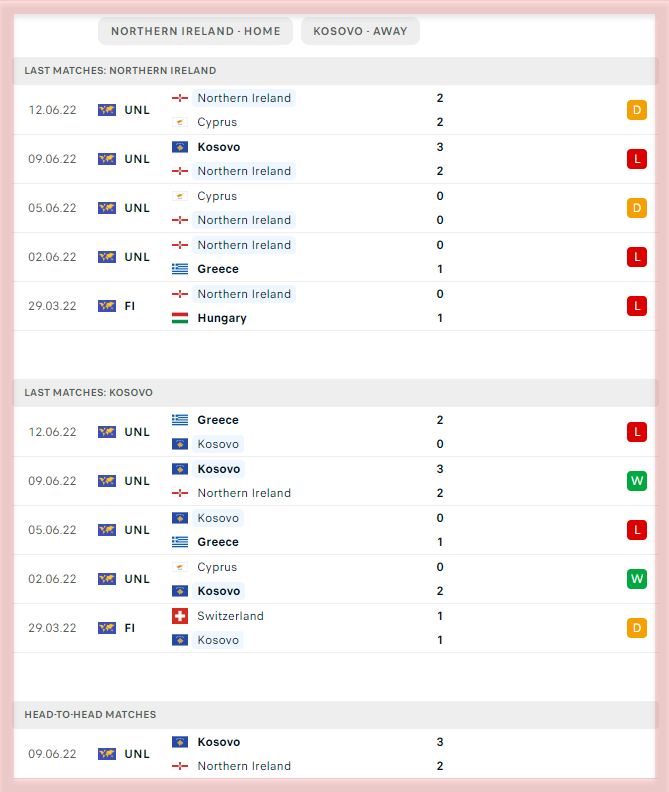