Norrkoping vs Hacken – preview and prediction

Norrkoping vs Hacken – Norrkoping, who finished sixth last season, has slowed down this year. This club has yet to win a game this season. Norrkoping recently played in Svenska Cupen and club friendlies. They had done well till Allsvenskan.  It was a 2-1 FT loss for Norrkoping versus Djurgarden, with Djurgarden scoring two goals and Norrkoping only scoring one.

Hacken lost their first Allsvenskan match of the season. Their two wins in a row ended in a loss. Hacken finished 12th in the league last season with 36 points. Hacken hopes for a better season this year.

Hacken’s last game was against Goteborg, who scored two goals and defended well. Hacken failed to score in the game, finishing 0-2 FT.

Norrkoping remain 0 points in the table following a terrible start. They haven’t won a game this season. Hacken has been playing well recently. They’ve won five of their last ten games. Norrkoping has had some success at home. Their loss against Varberg halted a seven-match unbeaten run. Hacken’s recent away results have been uneven due to instability in their form ,Looking at the results, I think Norrkoping will win. We can also expect over 2.5 goals. 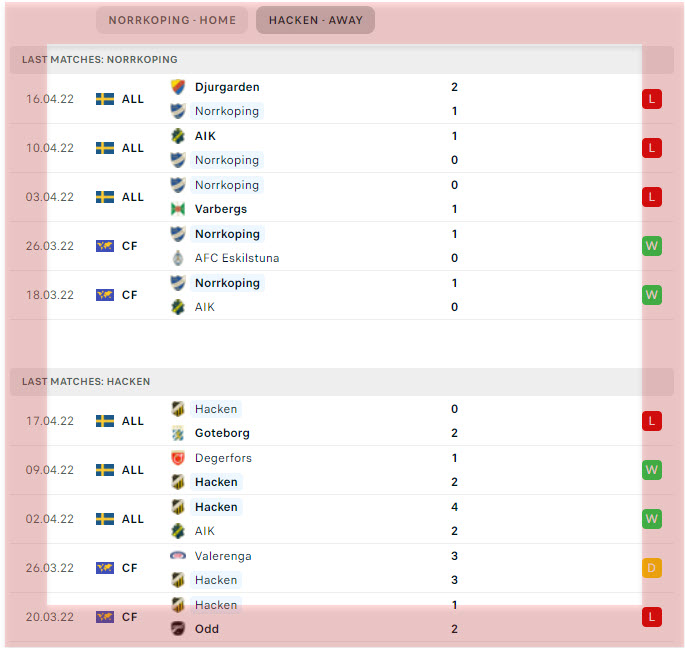