Norrkoping vs Djurgarden – Preview, and Predictions

They are currently in excellent shape, which is true for all the right reasons. After a losing skid, they won back-to-back games in the previous two rounds before going on a two-game winning streak.

Additionally, the squad has a strong offensive and defensive unit that has regularly produced its finest results in the league so far. Despite a brief lull, they have recovered their great momentum. Therefore, anticipate a repetition of their prior best efforts here.

In addition, Norrkoping, who has struggled to win most of their games this season, will be their opponent in the upcoming match.

They need to win because they are only 5 points above the bottom of the standings. But it would be a challenging assignment for them to deal with an in-from Djurgarden at the key moment.

Additionally, their offensive and defensive lines are weak. Despite having the home edge, Djurgarden will likely prevail.

Djurgarden can also depend on recent precedent, having defeated Norrkoping twice in the previous three meetings.

Djurgarden had prevailed 2-1 in the most recent game, and in two of the previous three matches played at this venue, the Over 2.5 Goals FT option was successful.

The odds of Djurgarden winning this match are higher. In 12 of the 28 games, they have played so far this season, they have taken the lead in the first half and won.

One game where that pattern can be anticipated is this one. Norrkoping lost their most recent game because they surrendered the lead early on. Taking into account all of these facts, we would like to support Djurgarden to win today. 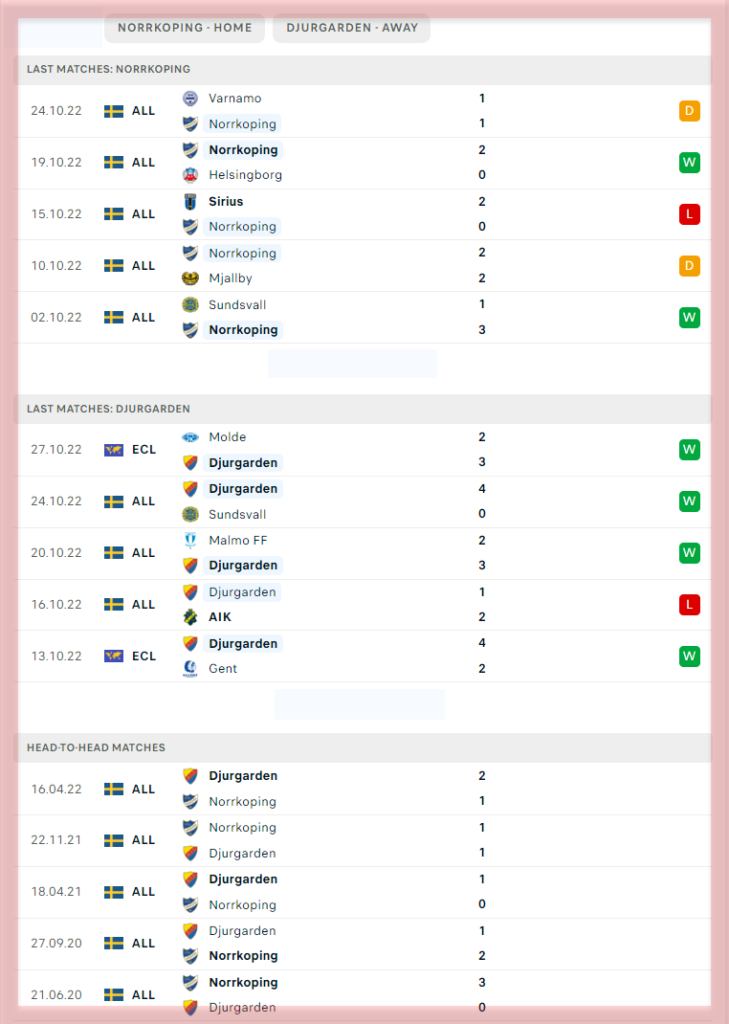