Newcastle’s decision to splash the cash in January as they try to get away from the dotted line was unsurprising, but the purchase of one particular Brazilian lynchpin was the highlight of the Magpies’ winter business during the final knockings on the door.

Bruno Guimaraes joined Newcastle from Lyon in a clear statement of commitment, despite repeated ties with Champions League-chasing Arsenal. Newcastle has also strengthened its defensive ranks with the acquisitions of Dan Burn and Matt Targett.

Eddie Howe would have preferred to add to his attacking ranks after welcome Chris Wood to the club, but they may not have to worry if Jonjo Shelvey continues to make the net ripple, as the midfielder’s free kick sunk Leeds on January 22 to give Newcastle their only league win of the season.

The Magpies still have a lot of work to do if they want to avoid relegation to the Championship, but Howe’s 19th-placed side is only one point behind Norwich City with a game in hand, so the newcomers can’t come in quick enough.

Newcastle are still fighting to avoid relegation without Isaac Hayden, Callum Wilson, or Federico Fernandez, though the latter is close to making a comeback.

Howe has additional concerns over Joelinton and Paul Dummett, who were pulled off in the win over Leeds, so Targett and Guimaraes might be thrust in right away for their first appearances.

With an apparent hamstring injury, Jamaal Lascelles was another casualty of the Elland Road victory, and Burn might be drafted into a new-look Magpies side.

Everton, however, were handed an early blow against Brentford when Ben Godfrey was substituted for striker Mina after only 14 minutes owing to a hamstring ailment that would certainly keep him out of this game.

Godfrey joins Tom Davies, Abdoulaye Doucoure, and Fabian Delph in the medical room, and Lampard is hoping that Dominic Calvert-Lewin, who suffered a knee injury in training, will be able to play in some form.

After being cup-tied for the Brentford triumph, Alli, Van de Beek, and Anwar El Ghazi are all set to return, but it wouldn’t be surprising to see all three only make the bench as Lampard refuses to repair what isn’t broken. 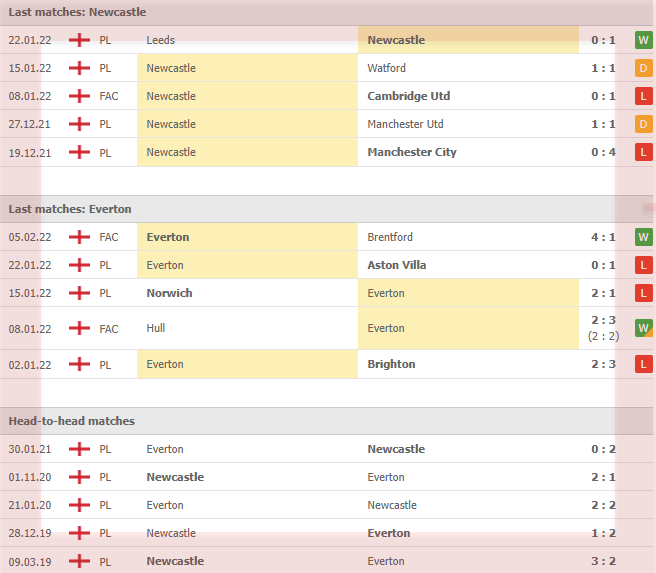 Our Predictions: Over 2 Goals