New York Red Bulls vs DC United – The New York Red Bulls are off to a good start this season. They’ve managed to keep it going and have found a spot inside the safe zone for the time being. Their recent form, though, does not appear to be as constant.

In their most recent league match, the Red Bulls were defeated 2-0 by Inter Miami on the road. With that loss, they have now gone three games without a win in the league. They’ll be trying to break out of their funk by putting on a strong performance in their next league match at home.

DC United, on the other hand, has had a mediocre start to the season. Instead of improving, they made things worse by recording poor results. They are now ranked 11th in the rankings, with an acceptable offensive line and a terrible defensive lineup.

In their most recent league match, DC United drew 2-2 at home against Toronto FC, ending a run of three consecutive losses in the league. They’ll be looking to improve their situation by recording more positive displays.

This season, the Red Bulls have yet to win at home. However, these records are frequently drawn outcomes here. As a result, we may anticipate the potential of their chances being converted to a positive display here.

On the other hand, DC United’s road form has been uneven. They started the season with a road win, but were unable to keep it going. Their recent results do not appear to be spectacular, and we cannot support them on that basis.

As a result, we believe that when the Red Bulls and DC United meet in an MLS match on Saturday, the Red Bulls will come out on top. 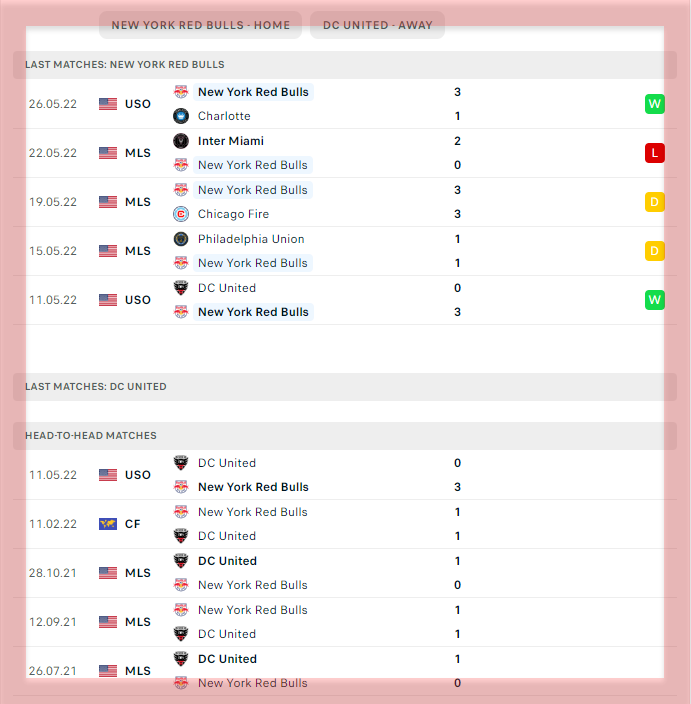