Netherlands vs Ecuador – The Netherlands will try to build on their 0-2 World Cup victory against Senegal last time around. In that game, Netherlands had 53% of the possession and 2 of their 10 shots on goal were successful.

Goals were scored by Cody Gakpo (84′) and Davy Klaassen (99′) for the Netherlands. Senegal, on the other hand, made 15 attempts at goal, but none of them were successful.

The Netherlands under Louis van Gaal have scored 10 goals in their last six games. Five goals have been scored against them over that time.

Ecuador entered this match with a 0-2 World Cup victory after defeating Qatar in their last game. Ecuador had 6 shots on goal throughout that game, and two of them were successful.

Enner Valencia (16′, 31′) was the lone player for Ecuador to register a goal. Qatar, on the other hand, had 5 attempts at goal, with 0 of them being successful.

The Ecuadorian defense has put up a string of strong efforts, with a combined total of 0 goals against over their last 6 games.

Their own forwards have managed to score four goals over that time. Let’s check to see if that pattern will hold in the upcoming game.

We believe Ecuador has the offensive ability to score goals against this Netherlands team, but it probably won’t be quite as many as they’ll give up.

When the referee blows the final whistle, we anticipate a close encounter with a 2-1 victory for Netherlands. This could easily go either way.

According to the WDW market’s betting odds for this match, a win for the Netherlands is best priced at 1.78, an all-square result is 3.58, and a win for Ecuador is best priced at 4.78. They are the wagers that are currently the most difficult to win. 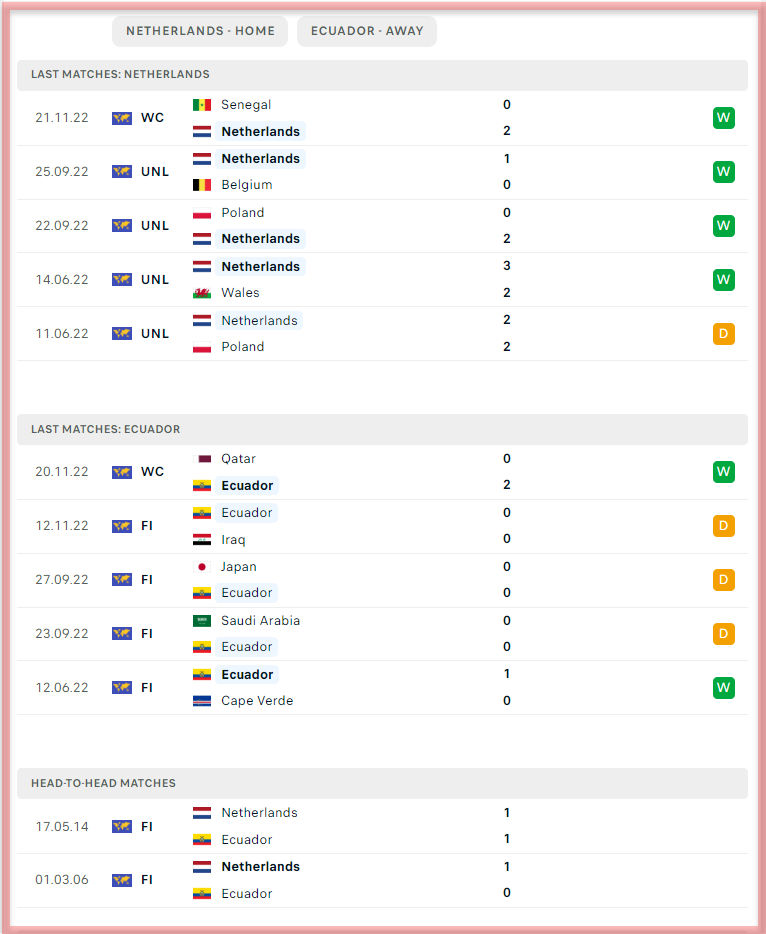