NEC vs Fortuna Sittard – NEC comes into this match after drawing 0-0 with SC Heerenveen in the Eredivisie. Recent games have all too seldom seen NEC maintain a lead for the full 90 minutes.

The data demonstrates that NEC have conceded 5 goals while failing to stop opponents from scoring in 5 of their last 6 games. However, there’s a chance that pattern won’t continue in this game.

NEC has lost their last three league games at home coming into this contest. Fortuna Sittard and their supporters will be hoping for a better outcome this time after losing to FC Utrecht in their previous match in Eredivisie competition.

Rogier Meijer, the manager of NEC, will be without Magnus Mattsson (knee injury), Mathias De Wolf (hamstring injury), and Philippe Sandler (fitness). Dominik Vergoossen, the manager of Fortuna Sittard, has no fitness concerns going into this game because his team is fully injury-free.

Fortuna Sittard will require favourable circumstances in order to score against this NEC club, who we believe should score and maintain the lead. Therefore, when the referee blows for full-time, we expect a fairly even game with a 1-0 lead for NEC. 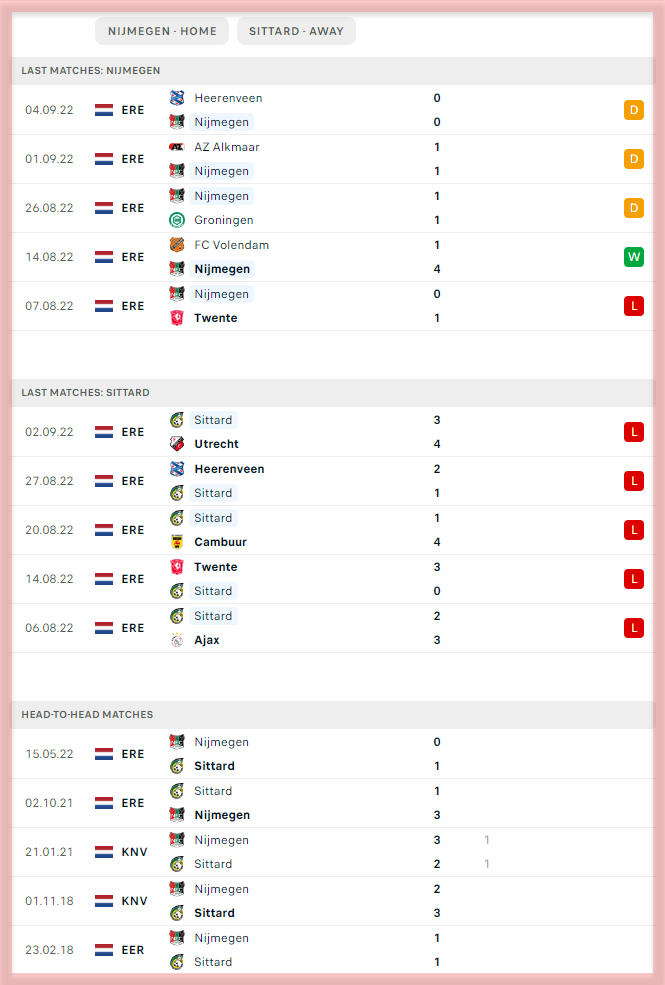