Nantes vs Olympiacos– Preview and Prediction

Nantes vs Olympiacos– After losing their most recent match against Paris Saint-Germain 0-3 in Ligue 1, Nantes will be looking for a different outcome this time.

In that game, Nantes enjoyed 41% of the possession and 1 goal on 1 shot attempts. Paris Saint-Germain made 19 attempts at goal,

In previous games, Nantes hasn’t consistently been able to hold out for the whole 90 minutes. In reality, Nantes has conceded goals in 5 of their last 6 matches, allowing 8 goals overall.

Olympiacos enters this match off of a 3-1 Super League victory over Ionikos in their previous game. Olympiacos had 48% of the possession in that game and 3 of their 12 shots on goal were successful.

Andreas Bouchalakis (17′), Pep Biel (45′), and Youssef El-Arabi (90′) scored goals for Olympiacos. Ionikos, on the other hand, had 9 shots total, with 2 of those being on goal. Ionikos’ goal came from Javier Mendoza at the 49th minute mark.

Olympiacos, under the coaching of Carlos Corberán, have scored 9 goals in their last six games. Five goals have been scored against them altogether during those identical matchups.

The Nantes coach Antoine Kombouaré just has one fitness issue to worry about because his team is nearly fully healthy. (Cruciate Ligament Rupture) Charles Traoré is excluded.

Ahmed Hassan, gmundur Kristinsson, Lazar Randjelovic, Konrad de la Fuente, and Aguibou Camara are the players that will be unable to participate in this game due to suspension.

Nantes vs Olympiacos – Head -to- Head 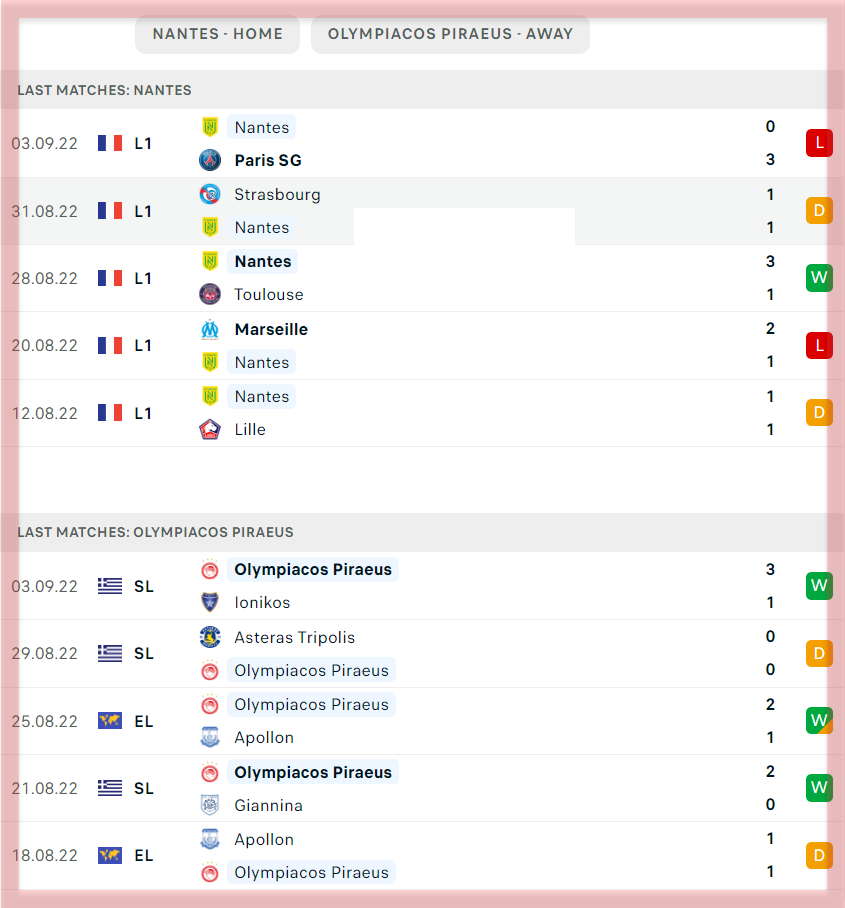