Nantes vs Montpellier – preview and prediction – team news, and lineups

Nantes vs Montpellier – When Nantes welcomes Montpellier HSC to the Stade de la Beaujoire this afternoon, two Ligue 1 clubs in contrasting form will face off. On home turf, the hosts have won each of their last six matches in all competitions, while the visitors have lost three of their last four away games.

Last Saturday, Nantes interrupted a three-game winning streak in all competitions with a goalless draw away to relegation-threatened Metz. Without their main creator Moses Simon, the team led by Antoine Kombouare was unable to produce on the front end.

Due to personal reasons, the brilliant Nigerian midfielder was unavailable for the encounter last weekend, but he is anticipated to play against Montpellier this weekend.

Kombouare, on the other hand, can be pleased with his team’s solid defensive play, with Nantes allowing only two goals in their last six games across all competitions, despite facing PSG. In their previous Ligue 1 home match, Nantes handed PSG their second defeat of the season, winning 3-1 at Stade de la Beaujoire – Louis Fonteneau just two weeks ago.

Montpellier will approach the match in an entirely different mindset. They have now lost four of their last five games in all competitions. The most recent setback occurred last Friday, when La Paillade conceded four goals in a home match against Rennes (2-4). Montpellier has also lost two of its past three Ligue 1 away games, surrendering three goals to Strasbourg and Saint-Etienne, respectively. 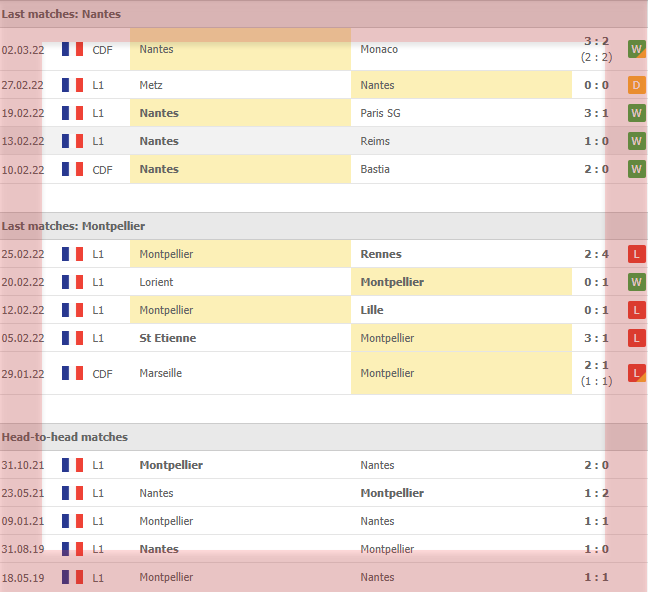