NAC Breda vs ADO Den Haag – Breda’s recent form puzzles. They’ve been recording mixed shows lately. But they ended up in the safe zone at the end of the league. So they’ll feel confident going into the playoffs.Den Haag have also been erratic recently. Despite recent instability, they had an impressive offensive and defensive line-up all season.

Breda just drew 2-2 with Excelsior on the road. It was their fourth unbeaten run in five league games. In their last league match, Den Haag lost 3-0 at FC Emmen. It was their third loss in five league games. Breda seems to be doing better than Den Haag lately. Their recordings in the various patches and head-to-head matches are also vital in this one.

Based on the above data, we expect NAC Breda to win on Tuesday. We expect a high-scoring game based on their recent league and head-to-head records. 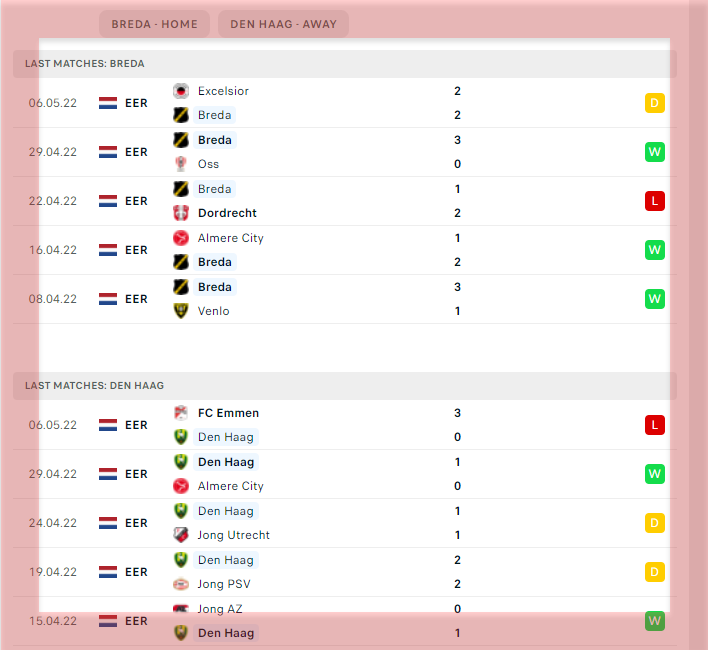