Morocco vs Croatia – After an outstanding qualifying campaign and a solid run of outcomes over the previous couple of years, Morocco entered the tournament in Qatar with high expectations.

For the Atlas Lions, the opening game against Croatia is of utmost importance. A victory here might pave the path for the knockout round.

In the rematch of the African WC Qualification playoffs, Morocco destroyed the Democratic Republic of the Congo 4-1. They were, however, eliminated from the African Cup of Nations in the quarterfinal, losing 2-1 to Egypt.

On the other side, Croatia, which unexpectedly made the final in Russia four years ago, might once more be one of the tournament’s underdogs.

The Croats stood out in the most recent Nations League matches, winning four straight games to claim first place in their respective group.

Dalic’s team has a strong midfield that includes players like Marcelo Brozovic, Luka Modric, and Mateo Kovacic. At EURO 2020, Croatia also advanced to the round of 16, but lost to Spain after extra time (3-5).

We will undoubtedly experience an entertaining football morning on Wednesday in Qatar because this is one of the most fascinating first-round matches.

We wouldn’t be shocked to see goals at both ends when Morocco and Croatia face off because both teams have displayed excellent attacking form in recent matches.

In the World Cup playoffs, Morocco defeated DR Congo with five goals in two legs while Croatia is coming off of five straight victories.

As a result, we will select Croatia to win and Both Teams to Score at the odds of 5.00. Andrej Kramaric scored an incredible goal in the 1-0 friendly victory over Saudi Arabia last week, so we will back the Hoffenheim forward to score anytime here at the 3.50 odds. 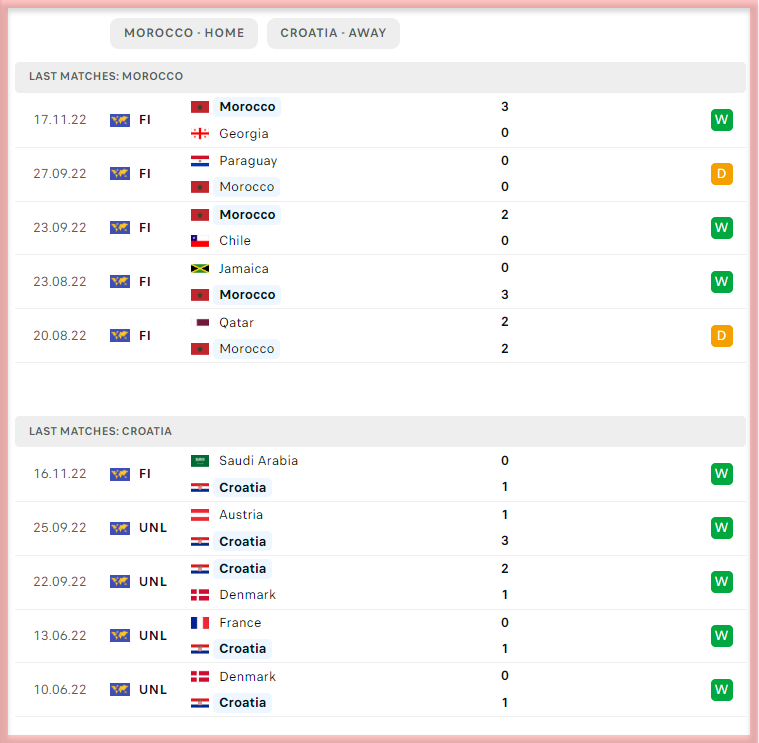