Montpellier vs Troyes – Preview, and Prediction

Montpellier vs Troyes -Both Montpellier and Troyes have recently had defensive issues. The teams are conceding a lot of goals and have a history of losing streaks.

Although it is doubtful that their frail defences will let it, the two will be determined to begin their respective campaigns on a successful note.

Montpellier managed just 12 victories over the entire season, which resulted in a 13th-place finish in the table of 20 teams.

At the end of the season, they had a negative goal differential and had conceded 61 goals overall, one of the poorest records in the tournament the season before.

Also, they’ve consistently underperformed in front of their own fans. Troyes only won 9 games and finished 15th. They held a 6-point lead against relegation.

Additionally, most head-to-head matches between the two clubs have featured a significant amount of goals, thus based on all of these facts, it is anticipated that this Sunday’s game will be a high-scoring thriller.

They have also lost their last four home games, and in two of those contests, they did it in front of their own supporters.

Troyes, on the other side, had lost their last 13 games overall and had gone on 2 consecutive 2-game losing streaks during this time. They have failed to win on 16 of their previous 20 road trips.

Expect a goal-fest this weekend based on these observations and previous head-to-head records. 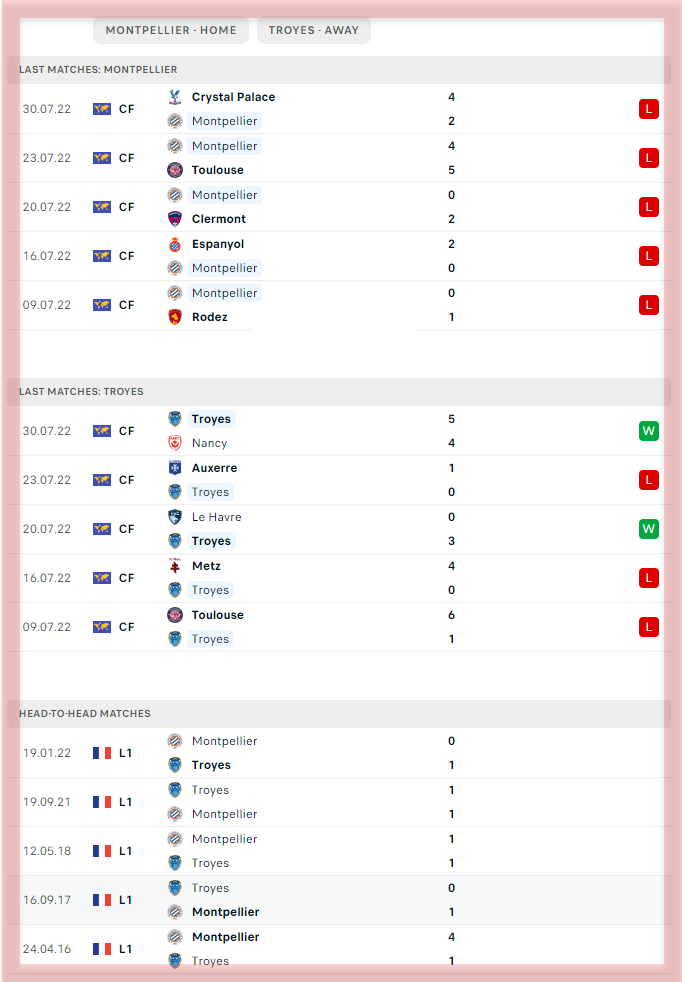