There is a good chance that this will be an entertaining event. The current form of both of these teams is one of the primary causes of that.

Monaco hasn’t been able to win in their last two games despite now being in second place in Group H. Red Star Belgrade will also have high expectations for these games because they made progress with their previous win.

So far, only the top ranked Ferencvaros have locked up their place. The odds of the remaining three teams in the standings placing second are currently identical.

But Monaco, a French team, will be their opponent in the ensuing match. For the past few years, they have been a notable squad in the French top division.

Of all the clubs in Group H, Monaco will probably have the most experience to competitive play. So, at any time, we can anticipate a rise from them.

Monaco will have a lot of opportunities if they win this game. Out of those, their interest will be piqued more by the possibility of winning first place.

Monaco had won the last match, 0-1 in their favour and the only game they ever played was that one. When Red Star lost the rematch against Monaco, they were not playing well.

There is nothing wrong with anticipating a superior performance from them compared to the reverse fixture given their current performance. They have a substantially stronger offensive side as well.

However, one cannot undervalue an offensive unit that features a striker like Ben Yedder, who was responsible for three of Monaco’s five goals. Monaco also has a chance to secure a victory when it matters most. 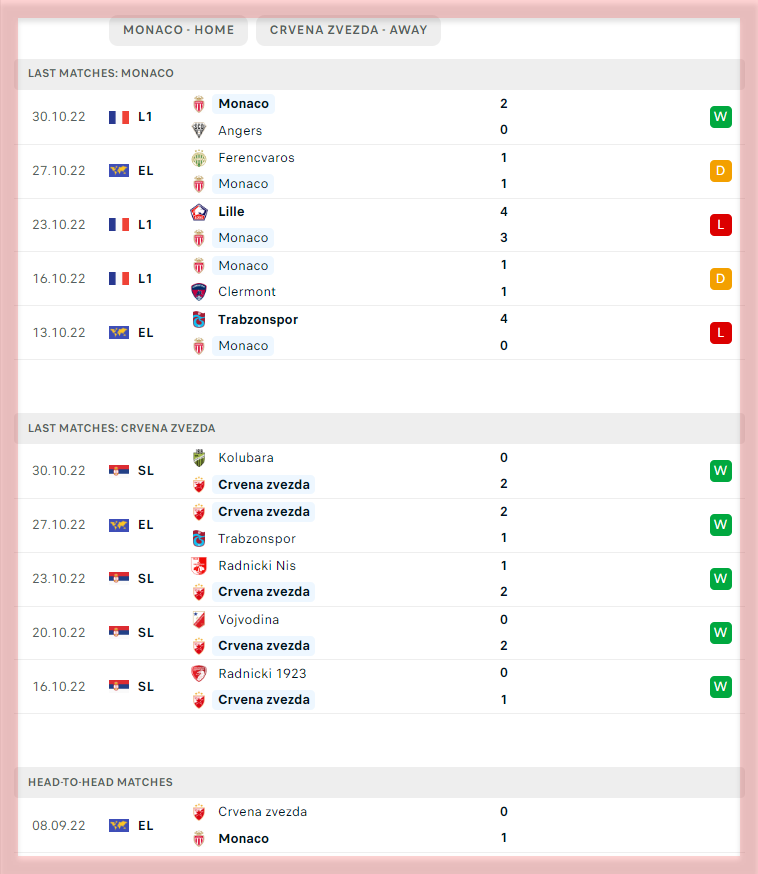