Molde vs Lillestrom – Preview and Prediction

Tomorrow afternoon, though, Geir Bakke’s team will face an entirely different test when they travel to Aker Stadion to play Molde in one of the most intriguing Matchday 3 matchups.

Molde is one of just two teams in the 2022 campaign to have a spotless record after the first two games. On the first day, they defeated Valerenga 1-0 before defeating Stromsgodset twice in four days.

It’s worth noting, though, that Erling Moe’s team had to score three second-half goals to complete a comeback after surrendering first in the first 45 minutes of the game.

Molde should have plenty of room to continue their excellent attacking form against Lillestrom, who have struggled defensively in their first two games.

Lillestrom conceded two goals in a 2-2 tie with HamKam on the first day of the season. They went on to win 4-0 against debutants Jerv in Matchday 2, but their opponents had some clear-cut opportunities that they failed to capitalise on.

Despite facing the likes of HamKam, Lillestrom conceded two goals in their lone road match so far this season (a 2-2 draw).

Molde to score three or more goals is the most popular bet at 2.50 odds, while the hosts to win by two or more goals differential is 2.35 odds. 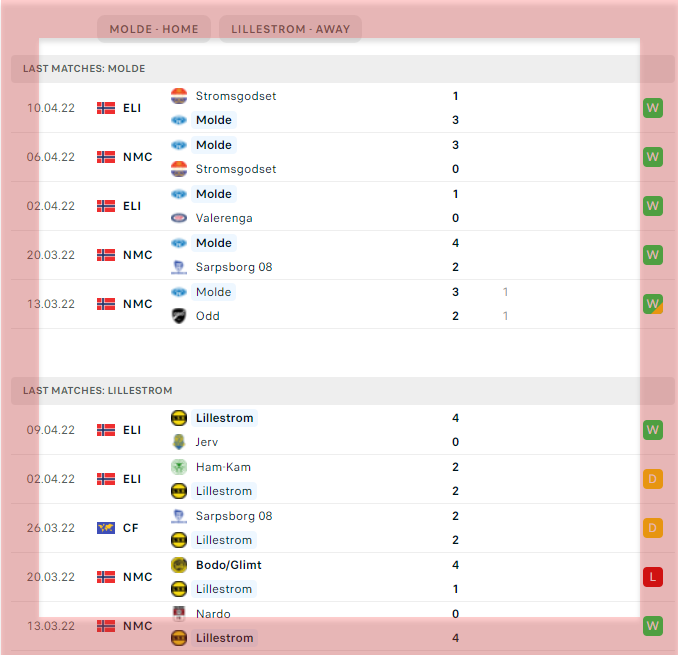