Mjallby vs Hacken – Preview, and Prediction

Mjallby vs Hacken – Mjallby have had a respectable start to this season’s games. They started off with some impressive results, but they couldn’t keep up the consistency. They have pushed themselves to the ninth slot in the rankings at the moment due to their erratic form.

In their most recent league game on the road, Mjallby defeated AIK 0-1. Before scoring the aforementioned victory, they had gone five league games without a victory. They will therefore be trying to build on that victory in order to establish some consistency.

In the meanwhile, Hacken has recently had success in the league. By achieving consistently positive results, they outperformed the previous leader, AIK Stockholm. They are now in first place because to their goal recordings. They will be aiming to hold the top position consistently.

In their most recent league match, Hacken played Elfsborg at home and managed to draw 1-1. 9 league games without a loss have been weaved together by the aforementioned draw. Anyhow, for a top-tier team, the most recent recordings of back-to-back deadlocks are underwhelming.

Out of their last 10 encounters, Hacken and Mjallby have won four, tied five, and lost one, and Seven of the previous 10 head-to-head matches between these two teams resulted in both teams scoring. A 1-1 draw resulted from their most recent matchup here.

Despite their general unpredictability, Mjallby’s unbroken record is outstanding. They have yet to suffer a home loss this year. However, only half of these were used as results.

On the other hand, this season, Hacken has a perfect road record. Additionally, they have gone six games without suffering a loss and are yet to lose on the road.

In recent head-to-head encounters with Mjallby, Hacken has also prevailed. As a result, we support Hacken to win this match. 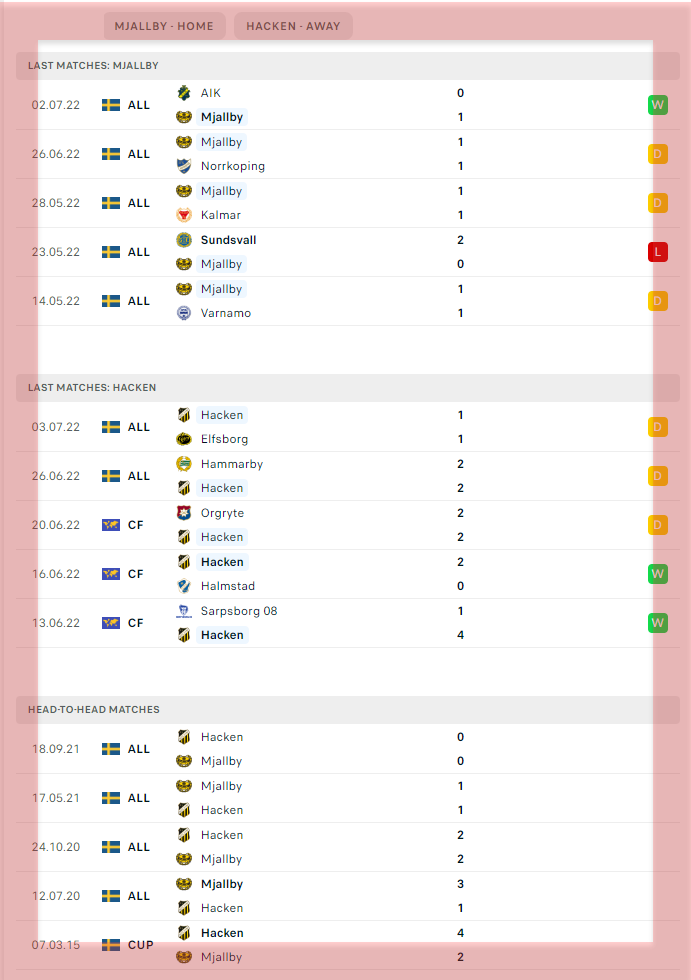 Our Prediction: Away Win Draw