Mirandes vs Real Zaragoza – Real Zaragoza overcame a shaky start to the new season after defeating Ponferradina and Sporting Gijon in consecutive matches in the previous two rounds.

Only two points had been earned by the team coached by Juan Carlos Carcedo through the first four games of the season. The team’s emotions have been raised by the aforementioned consecutive victories, and the greatest thing is that Zaragoza will have a great opportunity to maintain such excellent form on Saturday afternoon when they take on struggling Mirandes.

They have already given up eleven goals in six games, which is excessive by the standards of this division. In three of his last four league games, Mirandes allowed at least two goals to be scored. Four of their past five competition games have ended in losses.

It’s also quite intriguing to observe that in this season of Segunda Division, only one of their players has succeeded in scoring a goal. All four of his team’s goals this season have been scored by Raul Garcia. On Saturday, Zaragoza will do half of the work if they can find a method to stop him.

Real Zaragoza will be very motivated to win this game because they only earned one point from their two head-to-head matches with Mirandes during the previous Segunda Division season.

In their last eight home matches against Real Zaragoza, Mirandes has a record of three victories, three draws, and only two losses. In none of their previous five head-to-head encounters, these rivals have scored three goals or more.

Real Zaragoza will enter this match in much better spirits, and at odds of 2.45, we can find value in betting on them to defeat Mirandes. But at 1.61 odds, Under 2.5 goals FT is the best wager for this game.

Each of the previous five head-to-head games between these two teams have concluded with fewer than three goals scored, and neither team has displayed particularly strong attacking play thus far in the season. 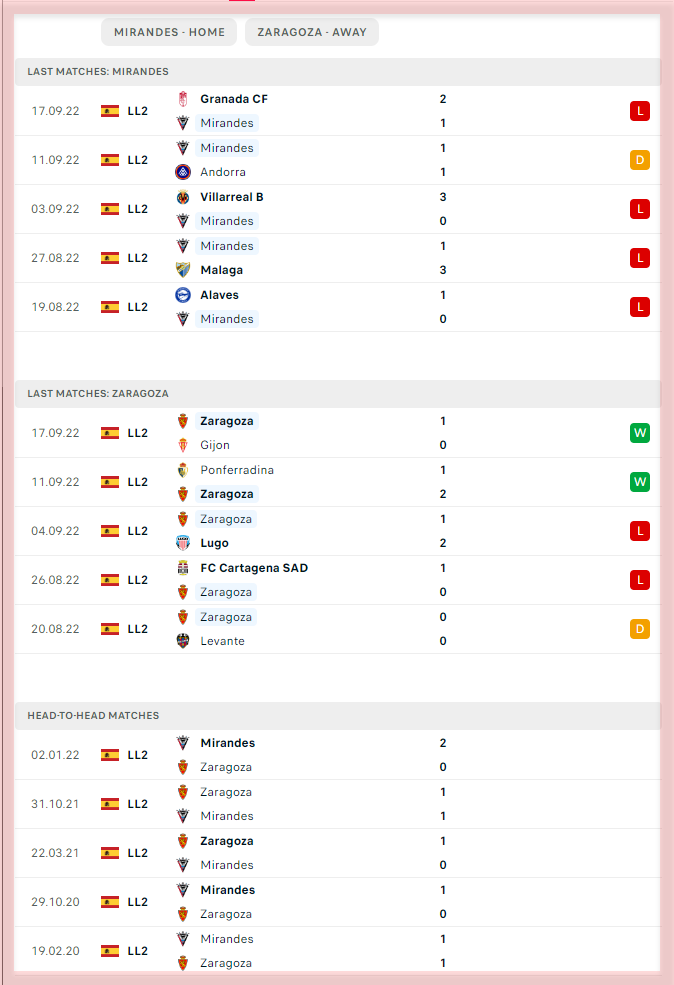